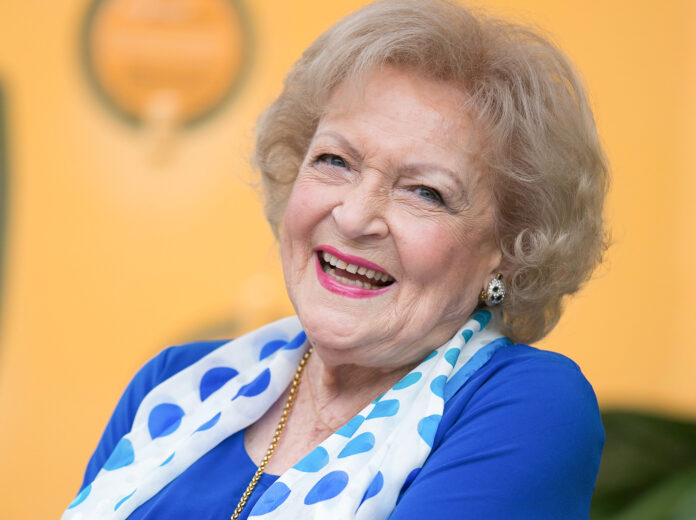 Michelle Obama paid tribute to Betty White following her death on Friday with a heartwarming photo of the late comedian and a canine companion who died months prior.

The former First Lady wrote in an Instagram post that she hopes White has reunited in an afterlife with the Obama family’s “first dog” Bo, who passed away in May 2021.

“Betty White broke barriers, defied expectations, served her country, and pushed us all to laugh,” Michelle wrote about The Golden Girls actress who died at age 99. Her death was confirmed by PEOPLE.

“She was also an animal lover and activist, and Bo loved spending time with her,” Michelle continued. “There was no one quite like her, and Barack and I join so many who will miss the joy she brought to the world. I know our Bo is looking forward to seeing her up in heaven.”

A greatly beloved figure in American entertainment and popular culture, White was just two and a half weeks away from turning 100 at the time of her passing, according to PEOPLE.

“My 100th birthday… I cannot believe it is coming up, and People Magazine is celebrating with me! The new issue of @people is available on newsstands nationwide tomorrow,” White tweeted on Tuesday.

Her agent and close friend Jeff Witjas told PEOPLE: “Even though Betty was about to be 100, I thought she would live forever.”

“I will miss her terribly and so will the animal world that she loved so much,” Witjas continued. “I don’t think Betty ever feared passing because she always wanted to be with her most beloved husband Allen Ludden. She believed she would be with him again.”

“Betty White brought a smile to the lips of generations of Americans,” wrote president Joe Biden on Twitter. “She’s a cultural icon who will be sorely missed. Jill and I are thinking of her family and all those who loved her this New Year’s Eve.”

Singer Gloria Gaynor wrote: “I am so saddened to hear of the passing of the beloved & cherished #BettyWhite an American Comedy Icon, who will be held in fond memory by generations for decades to come. She made us all laugh and so it is only natural that her passing makes us all cry..”

“Another brilliant talent has made her transition,” tweeted singer Dionne Warwick. “I had the pleasure of getting to know Betty White and shared a few giggles with her. May she rest in well-earned peace.”

“RIP Betty White! Man did I think you would live forever. You blew a huge hole in this world that will inspire generations. Rest in glorious peace….you’ve earned your wings,” tweeted actress Viola Davis.