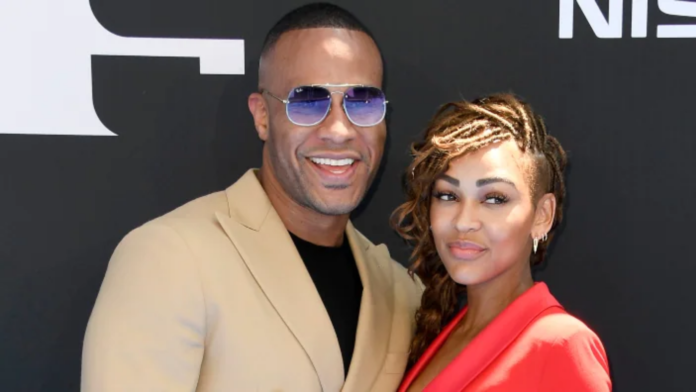 “I took this picture a few months ago, I’m not much of a crier so, in a moment of deep pain and peace, I took this picture,” Franklin, 43, captioned under a picture of himself on Instagram where he appeared emotional. “It captures best how I feel.”

“I share this with you because it is the most honest way to start this year,” he maintained before wishing his followers “a Happy True Year.”

“So often I’ve come into a new year with all the things I hope to do better and I would carry around this feeling of ‘I didn’t do enough last year’ or ‘I’m not enough so I must do … more,” added Franklin. “I’m breaking my addiction to the ‘new’ and working on being fully committed to what’s ‘true.’”

He penned an invocation wishing fans and friends a variety of blessings before opening up about his own feelings.

“I am fully in pain and peace as we start 2022 and that’s the truest place for me to be,” he shared, then noted he’d be departing social media for a while. “Thank you for your prayers, I feel each of them and I’m praying [for] you…here’s to the true (whether old or new).”

Good, 40, also shared an Instagram message for the New Year.

In a series of photos dressed in a bright green dress, the Harlem star wrote, “2021.. You brought me the highest life changing affirming highs.. And the lowest gut wrenching soulbreaking lows.. Although I’m grieving… I’m also in glorious awe and thankfulness to you God….. They say all endings are also beginnings.”

“2022, I’m choosing to be excited about what the beginning of this next act of life brings,” she continued. “Lord I trust you.”

In a subsequent post, Good shared a photo that read, “Freedom is our ability to love beyond loss, forgive beyond pain, and dream beyond fear.”

Franklin and Good married in 2012 after meeting on the set of the 2011 film, Jumping the Broom. The couple wrote about their relationship journey in a book called, The Wait: A Powerful Practice for Finding the Love of Your Life and the Life You Love.

The couple announced their divorce last month, writing on social media: “After much prayer and consideration, we have decided to go into our futures separately but forever connected.”

The announcement came six months after their ninth wedding anniversary, which they noted in their statement. “We celebrate almost a decade of marriage together and a love that is eternal,” the exes continued, per People. “There’s no one at fault, we believe this is the next best chapter in the evolution of our love.”

5 reasons why you should watch ‘Selling Tampa’