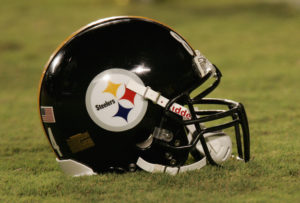 (Pittsburgh,Pa) In the aftermath of the Philadelphia Eagles’ stunning Super Bowl 52 victory over the New England Patriots, the 2017 NFL season is now over, at least on the field. The Day-to-day business operations continue, plus other events that will prepare the league for the 2018 season.

This offseason is critical for  Pittsburgh Steelers All-Pro running back  Le’ Veon Bell who will enter free agency for the second-straight season. Last season, the Steelers placed the $12 million Franchise Tag on Bell and he wasn’t happy. The Black and Gold thought a deal was a inevitable (5 years at $12 million/year) but the running back  turned it down and ended up missing the entire preseason. Amazingly he still rushed for 1,291 and 9 TDs and caught 85 passes in his first full NFL season.

Bell knows his value, and the Steelers know his value, but will they pay him what he wants?

Steelers GM Kevin Colbert and Team President Art Rooney II both made it plain that they want to sign Bell to a long-term deal, and 9 times out of 10, when they want to sign their player, they usually do sign their player (See WR Antonio Brown last season); But their was that one time the Steelers were unable to sign  Wide Receiver Mike Wallace back in 2012. Wallace  was considered the top Receivers in the league and the Steelers planned to sign him to a long-term deal, but because of salary cap reasons, they placed a first-round tender ($2.7 million) and like Bell, he sat out the entire preseason. End result? An 836-yard season (down from 1,193 yards) the Steelers offered a contract to him, but when he rejected it, they gave it to Brown and allowed Wallace to join the Miami Dolphins.

The Steelers don’t believe they have another Wallace situation on their hands with Bell. They think they can work with him on a long-term deal. Bell himself seems optimistic that a deal will get done but has made it plain that he does not want another Franchise Tag ($14.5 million in 2018) and will either hold-out or retire if he gets it again. The Steelers have never been afraid of contract situations and will not be intimidated by Bell. They will sign him if the numbers are right, not because of his so-called threats.

Le’Veon Bell is all about the Steel City. pic.twitter.com/HlBrYjsgQ5

As the deadline to sign NFL players to the Tag gets closer (March 6), the Steelers have 3 options: to reach an agreement on a new contract, give him the Tag and then sign him to a long- term deal before the 2018 season starts, or just place the Tag on him for the 2018 season. One thing the Steelers have done is create $13.26M in cap space for 2018 by reworking the deals of Guard  David DeCastro and Defensive End Stephon Tuitt. Each player reduced his base salary to $790K for 2018, converting the rest of his base salary and a roster bonus into a signing bonus, and they will probably rework more veterans’ contracts and will make the hard decisions of who to cut once the new NFL fiscal year begins (March 12-14) which will also free up cap space.

After being upset in the Divisional Round to Jacksonville, the Steelers’ goal is to make the Super Bowl in 2018 and like Colbert stated, they can’t expect to go further in 2018 with the 2017 team, so that means they will do everything they can to sign Bell.