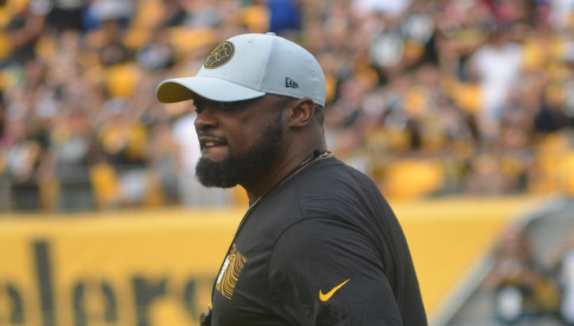 [Dallas, TX]-For the past few weeks, the Pittsburgh Steelers haven’t made it easy, but they’ve certainly made it happen as they overcame another deficit and found a way to beat another team to remain the only undefeated team in the National Football League.(NFL)

In the past 2 weeks, they beat the Tennessee Titans and Baltimore Ravens, but this week it was the Dallas Cowboys, who at the time were 2-6. And although the Cowboys game them fits the entire game, the Steelers were the team left standing in a 24-19 win to advance to 8-0 for the first time in team history.

“We can’t keep having these conversations every week because one of these weeks we’ll be doing it with an ‘L’ if we’re not careful. We’re thankful to win today.” Said Steelers head coach Mike Tomlin. “We’re the Pittsburgh Steelers, everybody knows what that means. We get everybody’s best punch, regardless of record. I think people respect our brand and they respect our franchise and its history.”

Quarterback Ben Roethlisberger overcame a first-half knee injury and was Willis Reed-like as he led the Steelers from a 19-9 deficit to beat the Cowboys. It is the first time Roethlisberger won in Dallas since his rookie season in 2004, but that was in the old Texas Stadium. It is his first time ever winning in AT &T Stadium as he lost there 2 previous times: In Super Bowl 45 (to the Green Bay Packers) in 2010 and 2012.

“There was no issue with his availability. We were just getting him looked at. We wanted to get a jump on halftime. We got a turnover. We allowed Mason to finish the half and leave him inside getting evaluated where he was.”-Said Tomlin regarding his starting QB.

Roethlisberger’s 8-yard TD pass to Tight end  Eric Ebron (3 Rec, 22 yards) late in the 4th quarter was their first and only lead in the game. He also threw TD passes to Wide receiver James Washington (1 Rec, 17 yards) and to JuJu Smith-Shuster (6 Rec, 93 yards) which was actually set-up buy fellow WR Diontae Johnson’s 42-yard pass which put them in scoring position with over 2 minutes to play. Roethlisberger would finish the game passing for 306 yards.

But the spotlight was obviously on Cowboys QB Garrett Gilbert, who made only his 6th NFL start and 1st as a Cowboy. (He most recently played for the Champion Orlando Apollos of the defunct-Alliance of American Football League) Whether the Steelers underestimated him or not, Gilbert made them miserable as he led the led his Cowboys to an early 13-0 lead. His only TD

was a 20-yard TD pass to WR CeeDee Lamb (4 rec, 71 yards) but he kept the Steelers defense on their toes as he advanced the offense into the Red Zone several times. K Greg Zuerlein was also 4/4 in field goals and accounted for 12 of the Cowboys 19 points.

Gilbert would finish the game passing for 243 yards, a TD, and an interception, which was to Steelers Safety Minkah Fitzpatrick in the 4th quarter.

The Steelers were also stunned on a Cowboys Special teams play in which Kick return specialist  Rico Dowdle took a lateral from teammate Tony Pollard and ran it back 64-yards down the sideline before tripping and falling after leaping a Steelers defender.

Although they struggled often against Gilbert, the Steelers defense made plays when they had to. In addition to his interception, Fitzpatrick also recovered a fumble that he recovered after fellow S Terrell Edmonds caused a forced fumble off Lamb. They also sacked Gilbert twice thanks to rookie Alex Highsmith’s first NFL sack and a combined 4th down clutch sack by Defensive end  Cameron Heyward and Linebacker  TJ Watt late in the 4th quarter.

But like the previous game vs. the Ravens, it came down to the final play as Gilbert had the ball with 4 seconds left and fired it into the endzone-only for it to be batted down by Fitzpatrick as time expired. Game over the Steelers remain undefeated.

And now the Steelers will bring their winning streak home to host the 2-5-1 Cincinnati Bengals at Heinz Field (4:25pm)

“Once I go to work tomorrow it will be less significant. We will be singularly focused on getting ready for our next AFC North opponent. That’s life.”-Said Tomlin on being 8-0. 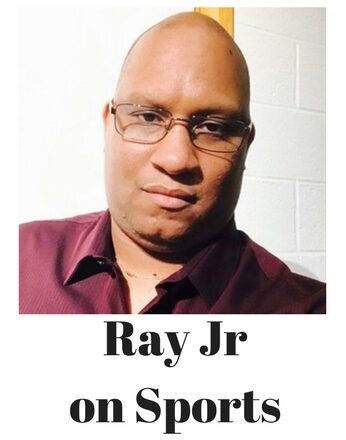