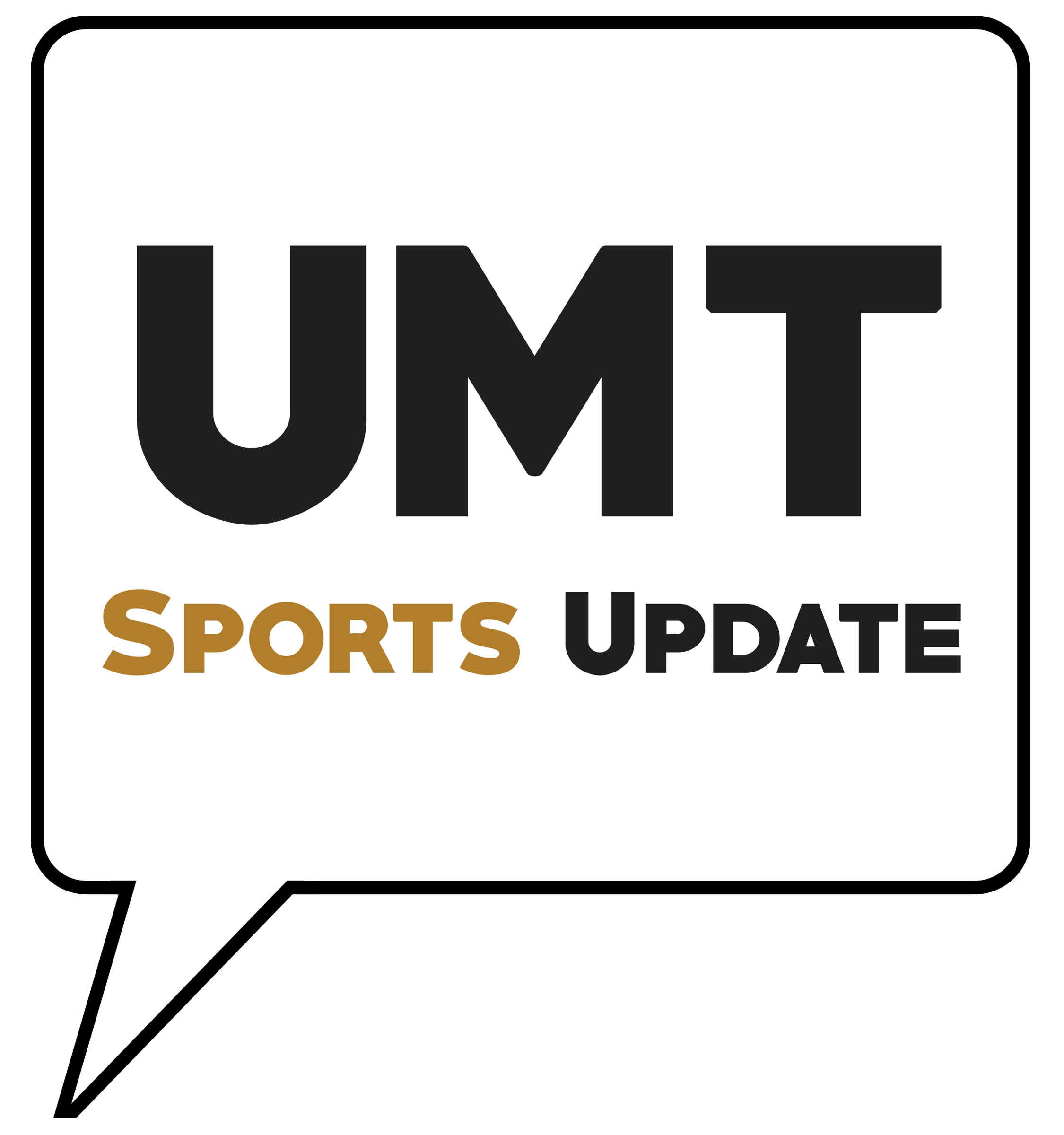 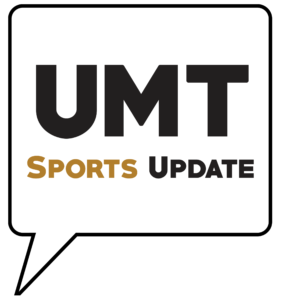 The Pittsburgh Pirates begin the new week in good spirits after beating the Philadelphia Phillies 5-4 to improve to 4-2 on their home stand. The Pirates began the PNC Park series taking 2 of 3 vs. the Milwaukee Brewers and will face the Seattle Mariners in a 2-game series beginning Tuesday.

In the Pirates 2 wins vs. the Phillies, they had to fight from behind, and they got in done in masterful fashion. After getting shut out 4-0 to the Phillies on Friday, the Pirates once again trailed 3-1 before erupting for 5 runs in the bottom of the 5th inning on route to a 7-4 victory. RF Gregory Polanco and 1B David Freese’s 2-run singles led the way as the Pirates played like they were determined to win this game.

Polanco’s hit put the Pirates ahead 4-3 and chased starter Aaron Nola. Freese’s hit off Severino Gonzalez pushed the lead to three runs, and Francisco Cervelli capped the inning with a sacrifice fly to help Pittsburgh win for the fourth time in six games.

Cervelli went 2 for 3 and was the only Pirates player with multiple hits – the Phillies outhit Pittsburgh 12-8. LF Starling Marte and SS Jordy Mercer also drove in runs.

The victory left the Pirates with concerns because top pitching prospect Tyler Glasnow was removed with shoulder discomfort early in the 4th inning. The rookie right-hander was recalled from Triple-A Indianapolis earlier in the day and allowed two runs (one earned) and four hits in three-plus innings. The 6-foot-8 22-year-old is one of the best pitching prospects in baseball. He was placed on the 15-day disabled list.

There’s also concerns about Glasnow’s control as he hit two batters, including catcher Cameron Rupp, who left the game in the third inning after being struck in the left ear flap of his helmet. Rupp did not display any concussion symptoms but will be re-examined Sunday as part of Major League Baseball’s protocol for head injuries.

Former Pirates starter Juan Nicasio (8-6) allowed one run in two innings in relief of Glasnow. Nicasio tied left-handers Jeff Locke and Jon Niese for the team lead in wins, though all three are now pitching out of the bullpen after beginning the season in the starting rotation.

When Glasnow left, the score was tied 2-2 and the Phillies had runners on first and second with none out, but Nicasio escaped the jam unscathed. Closer Mark Melancon closed with a scoreless inning for his 29th save. For the Phillies, starter Aaron Nola (5-9) took the loss.

In Sunday’s Rubber Match, the Pirates once again found themselves trailing the Phillies, this time 4-2 in the bottom of the 6th inning. But once again the Pirates struck back when Marte lead off with a double to center and Matt Joyce sent a first-pitch fastball from Philadelphia starter Vince Velasquez 434 feet to deep center for a 2-run HR to tie the game at 4.

And then in the bottom of the 7th inning, infielder Adam Frazier sent an Edubray Ramos fastball into the right-field seats to give the Pirates a 5-4 lead. The 407-foot pinch-hit homer was not only his first HR in the majors since being called up June 24, it also was his first at any level since Sept. 5, when he was with Double-A Altoona. He hit just three total minor-league home runs in the Pirates organization since being drafted out of Mississippi State in 2013.

And after an hour and 32 minutes by a rain delay in the bottom of the eighth inning Melancon once again shut the door on the Phillies for his 30th save, the third most in the National League. He became the first Pirates pitcher to have three consecutive seasons with 30 or more. He led the big leagues with 51 saves in 2015, and his 114 saves since the start of 2014 are the most in the majors.

For the Phillies, Ramos took his first career loss to fall to 1-1. Frazier’s homer made a winner of Pirates’ reliever Neftali Feliz, who is 4-0.

As they prepare for Tuesday’s game vs. the Mariners (50-48), the 3rd place Pirates are now 51-47 and although they trail NL Central leader Chicago (59-38) by 8.5 games, they realize that their best bet at making the postseason for the 4th consecutive year is by clinching one of the 2 NL Wild Card spots as they only trail front runners LA (56-44) and Miami (53-45) by 2 games. But as we mentioned many times before, the Pirates got work to do, and like in years past, they will need some help to play baseball in October.

That ‘help’ will come from the August 1st (formerly July 31st) Non-Waiver Trade Deadline in which the contenders acquire top talent from the non-contenders in exchange for prospects for the stretch run. With the Pirates above or below .500 for the last month, it was hard to determine whether they would by ‘buyers’ or ‘sellers’ at the deadline. But since they’re so close to a Wild Card spot it’s looking like they will be ‘buyers’ after all.

With injures to Glasnow and concerns about rookie Jameson Tallion, Gerrit Cole and Francisco Liriano and after demoting starters Jon Niese and possible Jeff Locke, the Pirates desperately need a starting pitcher or two that can help them the rest of the season. According to ESPN’s Buster Olney, the Pirates are looking at Tampa Bay Rays pitchers Matt Moore and Jake Odorizzi as possible trade targets.

Both Moore (6-7, 4.31 ERA) and Odorizzi (4-5, 4.10 ERA) don’t have impressive stats, but then again the Rays don’t have the Pirates offense and pitching coach Ray Searage has a way of pulling out the best in pitchers. Plus, last season, JA Happ was 4–6 record with a 4.64 ERA before being traded to the Pirates. After Searage worked with him, Happ’s record: 7–2 record, 1.85 ERA, and 69 strikeouts.

As for the offense, Marte (.316) leads the team in batting, and they have 6 batters (Andrew McCutchen 14, Polanco 12, Jung Ho Kang 11 and Sean Rodriguez, Freese and Joyce 10) in double figures in HRs. And despite McCutchen’s continued struggles (.244, 100 strikeouts) the Pirates have one of MLB’s best offenses. But they know that the key to their recent success-is starting pitching.

In other MLB news: Speaking of the Cubs, they’re truly doing all they can to win their first division title since 2008 and their first World Series title since 1908 as they acquired closer (and Pirates bully) Aroldis Chapman from the NY Yankees in exchange for four players. The Cubs needed a closer to help their struggling bullpen, and they ended up getting one of MLB’s best. For the Yankees, Chapman posted a 2.01 ERA and 20 saves and made the AL All-Star team.

In the NFL: Pittsburgh Steelers RB Le’Veon Bell made news that he was facing a four-game suspension for a missed drug test. A day later, it was reported that Bell missed several drug tests. Chances are he may need to take another from a company like Countrywide Testing, however, Bell will not only appeal, but the Steelers All-Pro posted on social media that he will ‘win the appeal and won’t miss any games.’

The NFL announced on Monday that Cleveland Browns WR Josh Gordon has been reinstated to the league, but with one catch: Gordon will be suspended for the first four games of the season. The wide receiver hasn’t played in an NFL game since 2014 due to being suspended the entire 2015 season due to failing drug tests.

Veteran WR Greg Jennings After 10 years and one Super Bowl win, Greg Jennings has decided to call it quits. The veteran wide receiver made the announcement during a YouTube video that he shared with the world on Monday. The 32-year-old started his career in Green Bay in 2006 after the Packers made him the 52nd overall pick in the NFL Draft. Over his seven seasons in Green Bay, Jennings caught passes from both Brett Favre and Aaron Rodgers, which allowed him to put up huge numbers. He earned a Super Bowl ring with the Packers in 2010 as his 2 TD catches helped defeat the Steelers 31-25 in Super Bowl XLV.

When Jennings left Green Bay after the 2012 season, he had racked up 425 catches for 6,537 yards and 53 touchdowns. Jennings’ touchdown total is the fifth-highest for a receiver in team history.

In the NBA: Charlotte Hornets owner and basketball Hall of Famer Michael Jordan has remained mostly apolitical. However, with the recent spate of police shootings and the rise of the Black Lives Matter movement, Jordan wrote an open letter for ESPN’s The Undefeated about his feelings surrounding the racial issues that are causing strife across the nation. Jordan also donated $1 million to the Institute for Community-Police Relations and the NAACP Legal Defense Fund.