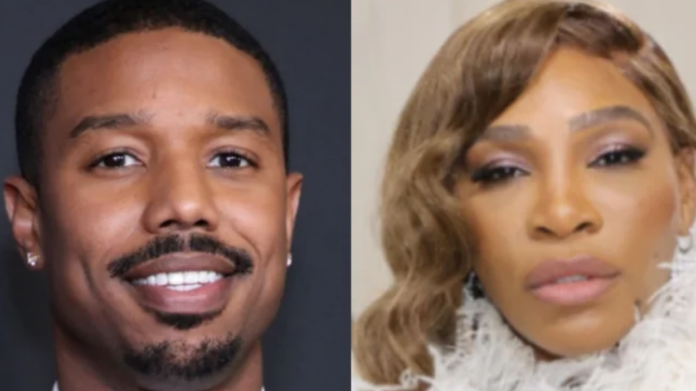 Actor Michael B. Jordan has partnered with tennis legend Serena Williams to give aspiring entrepreneurs who are students or alumni of HBCUs a chance to win up to $1 million.

In a statement via Revolt, Alison Stillman, a general partner at Serena Ventures, said, “HBCUs are an integral part of our educational ecosystem and have long been centers of entrepreneurial excellence. We are thrilled to be partnering with Michael B. Jordan and MaC Ventures on highlighting the brilliant student and alumni founders.”

According to a press release, Jordan and Williams will award the winners of their unique competition on Dec. 18, in New Jersey, during the QQQ Legacy Classic Basketball Showcase Finals.

North Carolina A&T State has been in the media for months with its enrollment of a prominent freshman.

Former NBA star J.R. Smith is attending the university, pursuing a liberal arts degree, and he is active on the college’s golf team. Last week, the famous freshman was attacked by a swarm of yellowjackets during a round.

Michael Palanik, a general partner at MaC Venture Capital, said, “Talent is ubiquitous, but access to opportunity is not. Two of our partners are HBCU alumni, and we could not be more excited to uncover and support the amazing entrepreneurial talent we know is thriving at these universities.”

Executives from six different companies will work with the students on their proposals. Invesco, Serena Ventures, MaC Ventures, Thirty Five Ventures, Cake Ventures and Harlem Capital Partners are all supporting the contest.

In an interview earlier this month, Jordan hinted at the event to Variety.

“I am thrilled to finally announce the four HBCUs that will be competing in the inaugural Legacy Classic,” he told the publication. “Invesco QQQ and Turner Sports have been amazing partners in helping bring this experience to life. I grew up watching basketball games on TNT, so I am confident they will deliver this set of games to a true audience of basketball fans and their families in an exciting way.”