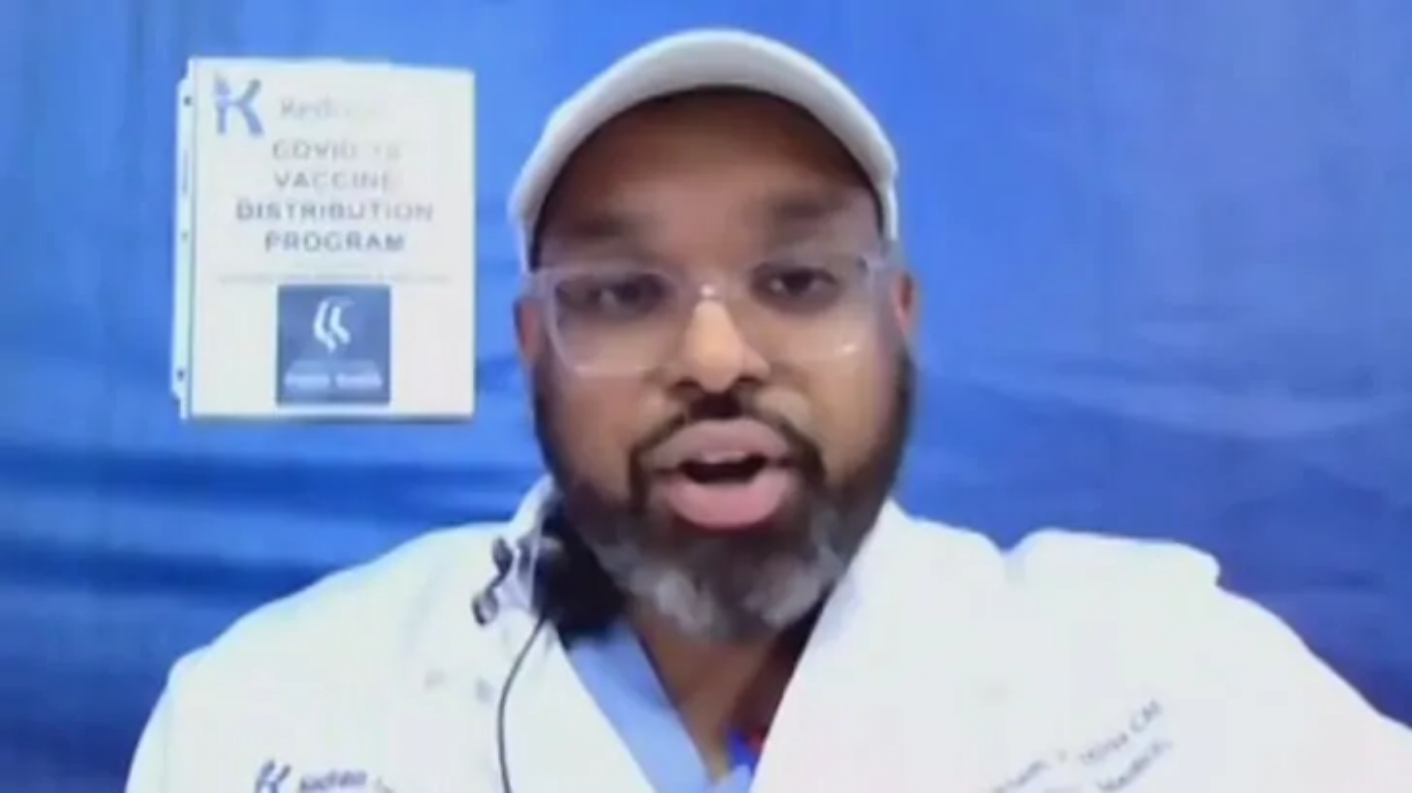 Dr. Jerry Abraham is going above and beyond to ensure Black folks are vaccinated.

The doctor of the Kedren Community Health Center in South L.A. demanded that the Black and brown community that he serves receive the vaccine, and it worked. As reported by TMZ, the county did not provide the center with the vaccine, so the doctor took it upon himself to ensure they received the proper amount of doses.

It’s been reported that Los Angeles County is one of many cities that has noticed that those most likely to contract COVID-19 has been left out of vaccine distribution. According to the Los Angeles Times, politicians and public health officials are talking about fixing what appears to be a racial inequity.

Dr. Abraham then decided to take things a step further. He and his staff went out in the community to set residents up with appointments and secured transportation to the center for their vaccinations.

He also reached out to residents of South L.A., who often don’t have internet access or even a smartphone, to assist with making appointments through the provided online portal. He and a few volunteers distributed paper forms to the residents, promising to enter their paperwork into the online portals later. Finally, he created a fun environment at the center, consisting of dancing and music while patients wait in line.

Dr. Abraham’s actions are commendable, considering the difficulty Black people face regarding having access to the vaccine.

When Washington, D.C.’s COVID-19 vaccination rollout began in December, Bread for the City, a nonprofit that provides health services to vulnerable and low-income communities, was one of the fortunate community health centers to receive a supply of the vaccine.

But they have been unable to vaccinate their patient population, which is predominantly Black, until now.

Dr. Randi Abramson, chief medical officer at Bread for the City, said the confusion began when the District opened vaccine appointments to anyone over the age of 65 as part of Phase 1B tier 1 on Jan. 11, without recognition of disparities amongst racial and socioeconomic groups within that age demographic.

“We saw our waiting room flip,” Dr. Abramson said. “We suddenly had all of these older white people, who are not our typical patient population, filling our waiting rooms.”

On Monday, the District of Columbia published COVID-19 vaccination data by race and ethnicity. The initial data, though incomplete, seems to support what Dr. Abramson saw in her waiting room: white Washingtonians are getting vaccinated at nearly two times the rate of Black residents.

Of the 7,000 appointments made available to people 65 and older, 40% were taken by residents of Ward 3, Washington’s wealthiest and whitest ward, despite it only accounting for 5% of the city’s COVID deaths.

Washington isn’t alone in seeing racial disparities in vaccine distribution. Of the 23 U.S. states that have published racial and ethnic vaccination data, all of them have reported white Americans are being vaccinated at rates of up to three times higher than Black Americans nationwide.