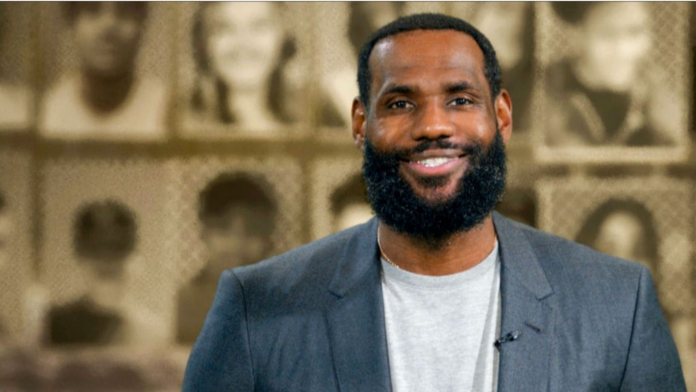 LeBron James has become the first active NBA player to earn $1 billion, and the news arrives after his new film, Space Jam: A New Legacy, bagged $31.6 million at the box office opening weekend.

As reported by Sportico, since being drafted in 2003, the 36-year-old Los Angeles Lakers star has earned $330 million in playing salary. When it comes to endorsements deals, merchandise, licensing, and his media company, the Ohio native has earned $700 million off the court.

James’ current endorsement deals reportedly earn him over $100 million a year. They include brands such as AT&T, Beats, Blaze Pizza, GMC, Nike, PepsiCo, Rimowa, and Walmart.

His historic earnings are being compared to Michael Jordan, who is now worth around $2 billion. According to Sportico, Jordan’s “highest annual earnings have come in retirement, thanks to skyrocketing revenue at Nike’s Jordan Brand, and Jordan’s total earnings are now roughly $2 billion since he left Chapel Hill for the NBA in 1984,” the outlet reports.

The report also notes that as NBA salaries surge, thanks to endorsements, equity deals, and marketing campaigns, James won’t be the last player in a U.S. team sport “to hit the three-comma club.” Kevin Durant, 32, is most likely to be the next active NBA player to reach $1 billion.

“Each player is their own little business conglomerate,” said Bob Dorfman, a sports marketing expert at Baker Street Advertising. “It is more on the equity side and creating side; it is less holding up a product for 30 seconds and saying ‘I shave with this.’”

“The filters have also been removed; no longer does an athlete need to worry about a focus solely on his brand coming from how the media filters it or what his team or his league does with his intellectual property; they can reach out directly,” he added.

“You are building your own brand earlier, faster and bigger because of social media,” said Dorfman, who noted that LeBron’s son, 16-year-old Lebron “Bronny” James Jr., has 6 million Instagram followers and the type of rising star power that could ultimately earn him billionaire boys club status. “He’s learned from someone who already has been in the league and has business acumen and knows how to find the right opportunities. And there are going to be a lot more opportunities.”

In related news, LeBron James, Bugs Bunny, and the rest of the stars of Warner Bros.’ Space Jam: A New Legacy defied expectations and won the box office this weekend.

According to studio estimates on Sunday, Space Jam: A New Legacy grossed $31.7 million in North America, while Black Widow took in $26.3 million.

Not many expected Space Jam: A New Legacy to pull off this win. The poorly reviewed film was pegged for an opening in the $20 million range. But a sizable number of families and millennials, who grew up with the original Space Jam, left the house and went to a theater to see it, even though it’s currently streaming on HBO Max free for subscribers.

Not only that, audiences also gave the film a promising A- CinemaScore, suggesting word of mouth could be strong. Space Jam: A New Legacy is the largest pandemic opening for Warner Bros.