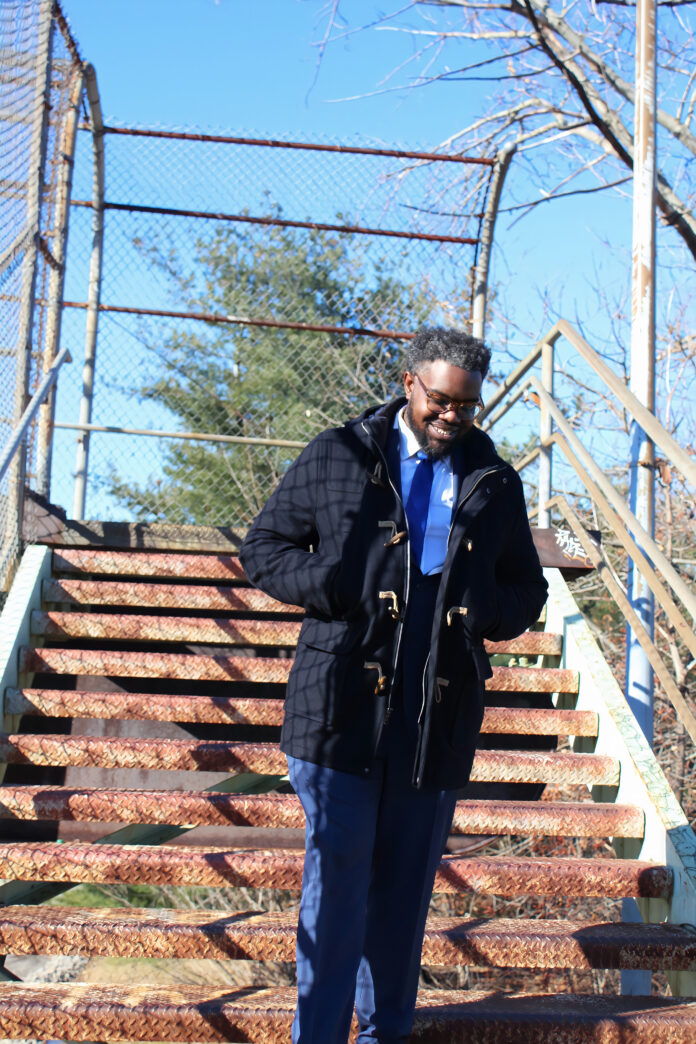 Growing up as a member of a family of community activists, Martell Covington has always been politically aware, and feels this awareness has led him to seek the Pennsylvania House of Representatives’ District 24 seat, vacated by the resignation of Mayor Ed Gainey upon his assumption of that office. A Special Election has been set for April 5 by Pennsylvania Speaker of the House Bryan Cutler.

“I remember being in grade school,” at Homewood’s Holy Rosary School, he says, “and looking at an encyclopedia at old presidents, making sure I knew who our Governor was, who the Mayor was. “But it was an experience I had [while a student] at Howard University in 2008 that really got me into politics. President Barack Obama was elected the first time, and that was the first election I voted in. It was really, really a pivotal moment in my life, and it was the moment where I learned that I could do this, I could be part of this.”

“I grew up in a blended household,” Covington says. “My mother raised me, my step-father and step-sister moved in as I grew a little older.”

“I used to sit on the steps as there were healing circles for mothers who had lost their sons to gang violence. We hosted Sunday dinners for community members and things like that. We had Kwanzaa celebrations — I grew up in the understanding of what a ‘village’ was, what that looks like,” says Covington. “A lot of people have heard the term, ‘it takes a village to raise a child.’ I feel like I was raised by a village, that I was one of those children fortunate enough to have the village raise them.”

“Our family has deep roots in Homewood, and the East End, and I wanted to continue that legacy of service to the community, just as a legislator,” Covington says.

After graduating from Central Catholic High School and earning a degree in Business Administration from Howard University, Covington returned to his neighborhood to once again work with CEA in various positions, from Coordinator of the African-American Leadership institute, Assistant Director of Youth and Family Services and coordinated the Pittsburgh Black Family Reunion and Cultural Ats Weekend for 12 years. He has received various professional certifications through training in educational development, social justice and youth organizing, and is a graduate of Leadership Pittsburgh’s Leadership Development Initiative. He has been Vice-President of the Young Democrats of Allegheny County since July, 2021.

Covington is currently a Legislative Aide for State Senator Jay Costa. He feels this experience enhances his qualifications, because “some of the most important experience I bring to the position is really understanding some of the nuanced issues in the community, also issues that our constituents are dealing with, whether it’s unemployment, concerns around housing, looking for supports that are PennDOT-related or Department of Revenue-related — kind of really an understanding of what constituent services look like.”

“That’s really important in this district,” says Covington. “Even as the district changes, it’s still going to be really important: Making sure our senior citizens are supported, making sure our veterans are supported, because that’s a great population in this district. Really, just the true understanding of the role constituent services plays, and how that can support the district.”

The boundaries of the 24th District will change, due to the loss of a Legislative District as a result of the 2020 Census. The redrawing process of the District Maps is still underway, however, it appears that Wilkinsburg, a part of the current district, will move to the 34th District, currently represented by Summer Lee, who is herself running for the US House District 18 seat being vacated by the retirement of Representative Mike Doyle. At least one of Covington’s opponents in the Special Election race is a Wilkinsburg resident and will be unable to pursue the seat in the regular election, however, other contenders are still emerging. The winning contender of the November General Election will permanently take the seat for the next full term.

Covington says the new district will include areas in which he has already worked for Senator Costa.

Covington’s focus is mindfulness. He plans to focus on the needs of his community, and to amplify those needs to “transition into a space of what the 24th wants for its future, collectively.”

His concern for his community isn’t deterred by the likely opposition he would face in the majority Republican state House.

“One thing I’m going into this with is an understanding that politics is personal,” Covington says. “Through my life, I’ve been somebody who’s had to work with everybody, and I will always keep the concerns of my district and of my constituents to the forefront. I’m very interested in joining the ‘After-School Caucus,’ which is chaired by some Republican Senators, and co-chaired by some Republican House members, and some Democrats also, and I’m hoping to use that caucus, as well as other caucuses, to find ways to work with people across the aisle.”

“We’re going to take stands where we need to,” says Covington, “but we really want to make sure we keep the needs of our constituents at the forefront.”

“One thing my stepfather always said to me is, ‘we’re not alright until everybody’s alright,’ and that’s something I’ve kept with me, as far as this thing happened for me and I’m okay right now, but all my neighbors aren’t okay, everybody in the district is not okay,” Covington says. “That’s kind of been the mantra I carry with me, that, no matter how okay we are, all of our people aren’t. So, for me, the work continues, the mission continues on.”

Covington says “Being somebody who was born in this district, was raised in this district, went away to school, and came back and went right back to work in the same area they grew up in, coaching and mentoring young people, I’m somebody who’s been community-focused my entire life. The survival, the thriving of the community is something that’s always been my mission, my family’s mission, and we’ll continue to carry that on.”
“To come into a position where it’s turbulent, as far as redistricting goes, the transition of the seats, it’s a time where the waters aren’t completely settled, but I’m willing to come in now, take the experience I’ve gained, and work. I think it’s important people see their peer, a young person, somebody who can be a role model to young people, stepping up and doing something that’s kind of scary, but doing it in a mission of service.”