ITHACA, N.Y. – At the First Pan African Conference in 1900, W.E.B. DuBois called the 20th century “the century of the color line.” Echoing this language, scholar Carole Boyce Davies calls our current era “the century for claiming Black women’s right to leadership,” in her new book, “Black Women’s Rights: Leadership and the Circularities of Power.”

Extending her research on writing by Black women around the world, Boyce Davies, the Frank H. T. Rhodes Professor of Humane Letters, Professor of Literatures in English and Africana Studies in the College of Arts and Sciences at Cornell University, examines the stories of Black women political leaders in Africa and in the global African Diaspora. The book draws lessons from figures including Shirley Chisholm, the first woman to run for president of the United States (in 1972) on a leading party ticket; Nomzamo Winnie Madikizela-Mandela of South Africa; and assassinated Brazilian politician Mariella Franco.

“I wanted to find out what are the limitations, barriers, challenges of Black women’s leadership,” Boyce Davies said.

The College of Arts and Sciences spoke with Carole Boyce Davies about the book.

Question: What is your vision for the beginning of the 22nd century as Black women claim their right to leadership?

Answer: I think we are finally being able to see steps towards that fulfillment, especially since we are only 20 years into the 21st century. I am predicting, though I won’t be around to see it, that with time, women’s leadership, good and bad, as with male leaders, good and bad, will be fulfilled. I say “good and bad” because the assumption is that when women become leaders, they will have to be perfect, but there is no similar expectation for men. People were happy just to have Barack Obama as a Black leader and have not really assessed, beyond charisma, his actual accomplishments.

Q: How do personal accounts from Black women in leadership – such as Shirley Chisholm, Kamala Harris and Stacey Abrams to name a few – benefit other Black women and the whole nation?

A: These are all steps towards the process of full representation. I consistently argue that women represent half the world and so are due at least that portion of representation, resources. Shirley Chisholm was willing to run, even if she did not get the Democratic Party nomination, to demonstrate that it could be done. Kamala and Stacey benefit from the fact that Chisholm put herself out there and faced the barrage of negativity of conjoined racism and sexism but still made major gains in positioning Black women for leadership. Even if Kamala and Stacey never achieve their full promise, we have to assume that these were necessary steps along the way, and they themselves learn from their mistakes – as we the supportive onlookers also learn.

Q: Where does the concept of “the circularities of power” originate, and how is it a guiding principle in your book?

A: “Circularities of power” is a bit Foucauldian, as Foucault argues that power should not be seen always in terms of dominance but in the ways that it can circulate through communities and that even the oppressed have power that they do not often use. I discuss this in the introduction and provide the reference. But even before thinking of using that framing, I had been using a discourse of “circularities” instead of “migrations,” intending to capture the fact that these processes are never unidirectional.

A: Women writers have imagined these frameworks of movement, of leadership, of power consistently. I was struck by what became policies started with writers like Ama Ata Aidoo of Ghana already describing and talking about women’s issues that needed to be addressed, and these became finally commonplace assertions of feminist and legal theorists as they went into the various legal protocols at state, national and international levels, especially in Africa and the Caribbean. It is in the imagination where realities begin to have a certain tangible possibility, which is the work of the creative in any case – to see beyond the given reality. 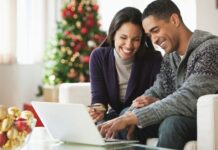 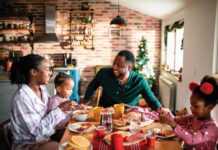 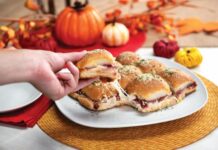 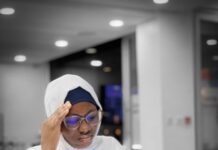 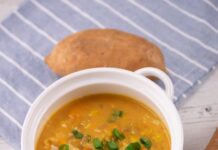 8 Tips for a Pet-Friendly Workplace