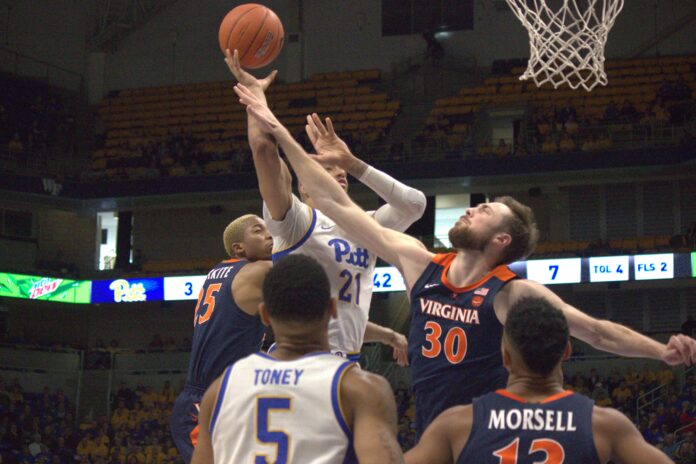 The Panthers open conference play Friday, Dec. 2 at NC State and will again be on the road for a Tuesday, Dec. 20 contest against Syracuse. Pitt welcomes 2022 NCAA Tournament finalist North Carolina to the Petersen Events Center just before the start of the new year. The matchup with the Tar Heels will be either Dec. 30 or Dec. 31.

Game times and TV designations will be announced at a later date.

Season tickets start as low as $280 and are available to purchase HERE. Mini-plan packages, group tickets, and single-game tickets will be available at a later date.  Fans are encouraged to complete the interest form to receive the most up to date information on available tickets HERE.

Head coach Jeff Capel enters his fifth season at the helm of the Pitt Basketball program with his most experience team by a large margin. The 2022-23 version of the Panthers has already combined to play 631 career games, 159 more games played than last season’s roster and 300 more games than the roster from Capel’s first season at Pitt.

Headlining the veteran group is a backcourt rotation that features four players with 100 or more games played at the Division I level. Fifth-year senior Jamarius Burton leads the group with 120 games played, while Marquette transfer Greg Elliott brings a resume filled with 114 games played. Nike Sibande returns after missing all of last season with a knee injury looking to build on his resume of 103 starts over 111 career games.

Nelly Cummings enters his final season of eligibility with 109 games (78 starts) in his career.

Pitt also added veteran forward Blake Hinson, who started 58 of 60 games over his first two seasons at Ole Miss. The 6-7, 255-pound forward is averaging 9.1 points and 3.7 rebounds per game with 91 three-point field goals for his career.