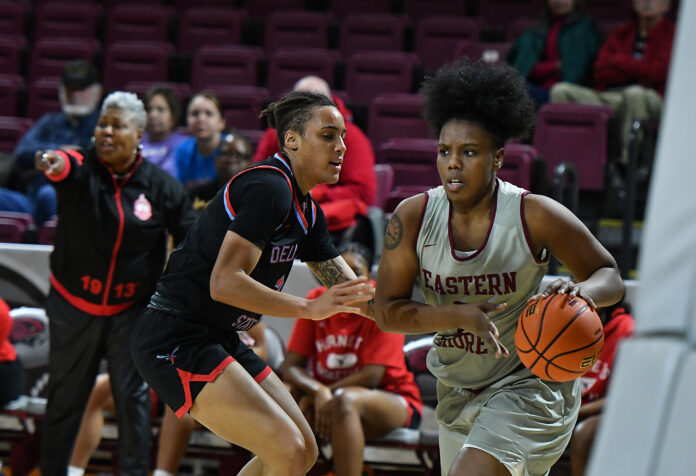 PRINCESS ANNE, Maryland — Ariana Seawell (The Bronx, New York) was a revelation for the Hawks as a freshman last season before suffering s season ending injury in the regular season finale at Delaware State. She was sorely missed in the Mid-Eastern Athletic Conference Tournament and took a while to get fully comfortable this season after rehabbing in the offseason.

But as the calendar moved forward to MEAC play, Seawell has found her way. She has combined with redshirt junior Mahogany Lester (Virginia Beach, Virginia) to lead the Hawks over the four games of conference play and this week was named the MEAC’s Co-Player of the Week after a pair of double-doubles against South Carolina State and North Carolina Central.

“The thing about it is really her unselfishness,” Hawks coach Fred Batchelor said. “She had been starting prior to this weekend and I went to her and told her that based on how we were playing I needed to make an adjustment to the starting lineup. It had nothing to do with her. The focus would be on her playing more minutes as a result of not starting and also in her being a focal point on offense when she was in the game.”

Seawell, a 6-foot-2 post, averaged a double-double for the Hawks, with 18.5 points and 11.0 rebounds per game. She was a combined 15-for-21 (70%) from the floor. She opened with 21 points and 11 boards against South Carolina State, hitting eight of her 11 field goal attempts, before going 7-for-10 from the floor in a 16-point, 11-rebound effort at North Carolina Central.

“It was her complete buy-in in the team and her trust that resulted in her having probably the biggest weekend of her experience,” Batchelor said.

PRINCESS ANNE, Maryland — After an impressive showing in the Hawks heart-stopping victory over North Carolina Central on Monday evening, Tuka Nugent was named the Defensive Player of the Week in the Mid-Eastern Athletic Conference.

The Newburgh, New York native was essential to the Hawks comeback bid, nabbing a career-high six steals throughout the game. Nugent provided on the offensive end as well, tied for the team-high with 13 points on the night.

The award-winning effort was his eighth multi-steal game of the season and only serves to punctuate his recent hot streak on the defensive end. Nugent has swiped 13 possessions over the last five games, including a three-game stretch from January 7 – January 14 that saw him tally multiple steals in each contest.

“Tuka is an incredible defender that does a great job of helping our team execute the game plan,” Hawks coach Jason Crafton said. “He takes charges, rebounds and communicates at a high level.”

Nugent has been a key reserve for UMES all season, contributing 29 assists (third on the Hawks) while averaging 5.6 points and 2.4 rebounds.

“He is well deserving of this honor and we are so proud of him,” Crafton said.

The Hawks are back in action on Saturday, January 28 when they host Coppin State as part of a men’s and women’s doubleheader. 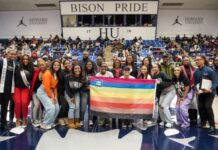