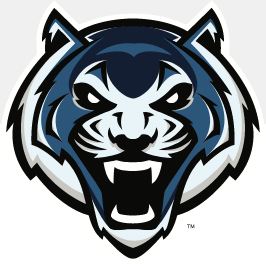 THE TIP OFF: Winners of two-straight and three of its last four games, the Lincoln women’s basketball team will try to keep its success going on the road with three  MIAA contests in five days. Up first is Missouri Western, with the BlueTigers playing the Griffons in St. Joseph,  Mo. on Thursday (Jan. 19) at 5:30 p.m. CST. On Saturday  (Jan. 21), LU travels to Maryville, Mo. for a 1:30 p.m.  CST game against Northwest Missouri before heading to  Joplin, Mo. on Monday (Jan. 23) to play at 5:30 p.m. CST  vs. Missouri Southern. The Griffons are on an eight-game winning streak. This is the 49th meet-up between Lincoln and Missouri Western. The Griffons lead the series, 43-5.

PREVIEWING THE BLUE TIGERS: Lincoln is led by Le’Yanna McGinnis, who is averaging 13.9 points and 6.4 rebounds per contest. Next on the scoring list is Kelsey Mitchell, who is shooting .361  from the floor while averaging 9.2 points. Saniya Simmons (3.6 assists per game) and Niyah Jackson (2.9 apg.) are leading Lincoln in assists, & Ashlyn Alloway averages 7.9 points.

HEAD COACH ANDREA MIZE: Andrea Mize is in her third year as the head coach at Lincoln after a successful two-year run at Central Florida  College. In 2019-20, Mize led CFC to a 19-win year that included a victory in the first round of the  FCSAA playoffs. Mize previously was an assistant at Martin Methodist, helping the program reach the NAIA national tournament three times.

The Blue Tigers outscored Rogers State by nine in the second quarter and 10 in the fourth as Lincoln picked up its first home MIAA win of 2022-23 with a 73-56 victory on Thursday (Jan. 12). Both Niyah  Jackson and Kelsey Mitchell scored 11 points while  AJ Bradley and Miriam Bazylewicz each chipped in 10 points. Three other Blue Tigers each scored eight points.

WATCH LIVE: Fans who are unable to attend a  game in person will still be able to cheer on the Blue Tigers to victory via The MIAA Network. All 13 Lincoln home games will be broadcast through a multi-camera system and can be seen at www.TheMIAANetwork.com/LUBlueTigers.