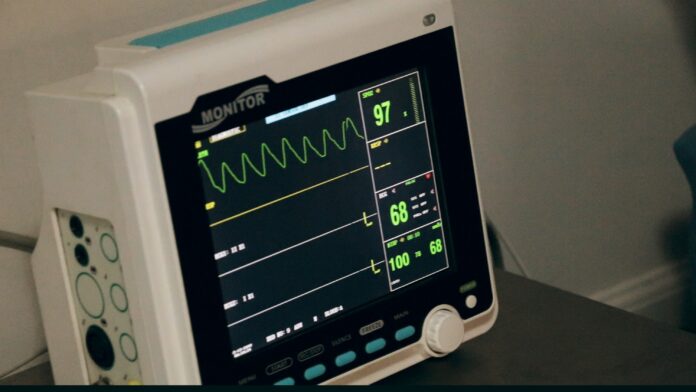 After nearly 15 years on an upward trend, awareness among Americans about their high blood pressure and rates of blood pressure control are now on the decline, according to a new study. Even with the help of blood pressure medications, many groups, including older adults and Black adults, are less likely than they were in earlier years to control their blood pressure, the research found.

The findings, published online in the Journal of the American Medical Association from researchers at the University of Alabama at Birmingham, indicate that the proportion of U.S. adults with hypertension who were aware they had hypertension and had controlled blood pressure declined between 2013-2014 and 2017-2018.

“Hypertension, also known as high blood pressure, is a major risk factor for cardiovascular disease,” said Paul Muntner, Ph.D., professor in the Department of Epidemiology, UAB School of Public Health, and first author of the study. “More cardiovascular disease events have been attributed to hypertension than any other modifiable risk factor in the United States. The decline in blood pressure control rates observed in the current study could make the longstanding efforts to fight heart disease and stroke — the leading causes of death in the United States — even more challenging.”

Nearly 108 million adults have hypertension, and according to the current study, less than half have their blood pressure under control.

Muntner says that, due to efforts such as the National High Blood Pressure Education Program, launched by the National Heart, Lung, and Blood Institute in 1972, the awareness and control of hypertension gradually increased in the United States for several decades. Previous studies have shown significant increases between the 1970s and 2010. The current study shows those increases have not continued through 2017-2018.

“Our findings indicate a renewed need to increase hypertension awareness and blood pressure control in the United States,” Muntner said.

“Reversing this decline is important because we don’t want to lose public health achievements built over prior decades,” said Lawrence Fine, M.D., chief of the Clinical Applications and Prevention Branch at NHLBI and a study co-author. “It is a challenge for the scientific community to investigate the causes of this unexpected downward trend, but developing more effective strategies to reverse and substantially improve blood pressure control is critical for the health of many Americans.”

The study showed that antihypertensive medication use was less common among younger adults, those who lacked health insurance or a usual health care facility, and those who did not have a health care visit in the past year. Muntner says that, while young adults have a low short-term risk for cardiovascular disease, their lifetime risk is high.

The study recruited 51,761 participants from data obtained from 10 cycles of the National Health and Nutrition Examination Survey, known as NHANES. NHANES data were collected during an in-home interview and a study visit conducted at a mobile examination center.

In 2015, the United States Preventive Services Task Force recommended annual blood pressure screening for adults 40 years and older and among younger adults at high risk for hypertension.  The study showed that, in 2017-2018, only 58 percent of adults under 40 years of age with hypertension were aware they had hypertension.

“While lifestyle factors are big contributors to hypertension, awareness and appropriate treatment are key to lowering blood pressure and keeping it in a healthy range to greatly reduce the risk for heart disease and stroke,” Muntner said. “Educating patients and providers on blood pressure goals, adding effective blood pressure lowering medications when lifestyle changes aren’t enough, and reducing barriers to achieve high medication adherence in a variety of clinical practice settings are just a few strategies that may facilitate increases in blood pressure control rates and reduce health disparities we identified in the current study.”

The study authors also suggest that increased insurance coverage and access to care in the 31 states and the District of Columbia that expanded Medicaid by the end of the study period and other provisions in the Affordable Care Act have the potential to increase the appropriate use of antihypertensive medication among U.S. adults.