— Khefa Nosakhere’s first novel, “America, the Beautiful”, reveals how catastrophic the U.S. wealth poverty gap will be in the year 2066 — 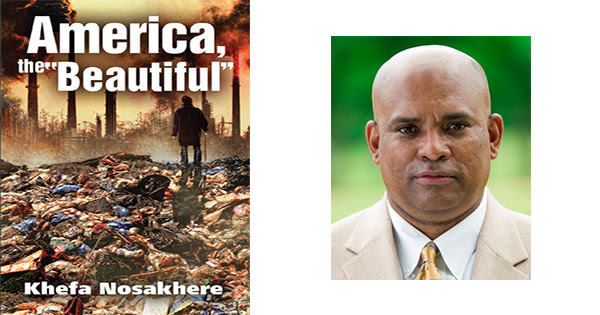 Nationwide (BlackNews.com) — It is 2066. After untold decades of exporting millions of the best jobs overseas, corporate welfare to the tune of trillions, and the unchecked greed of a select few – America as we know it, is teetering on the brink of total and utter collapse.

America, the “Beautiful” is a fiction work set 50 years into the future. America is in the depths of her second great depression, the president has been impeached and she is in serious trouble. Every institution so many relied upon is approaching disaster.

Author Khefa Nosakhere (born as Kef Ventress Marks) is a native of New Orleans, Louisiana. He graduated from McMain Magnet High School, holds a BA in Literature and Language from the University of Southern California as well as a graduate degree in English. His literary passion includes: 20th century American literature, creative writing, major authors and African American literature.

America, the “Beautiful” is available for purchase on Amazon.com (http://goo.gl/A7aqQG), and Khefa can be followed on Twitter at @kalimbaradio

Biden’s expansion of Obamacare already a benefit to Black Americans

Steps to take for a healthy heart