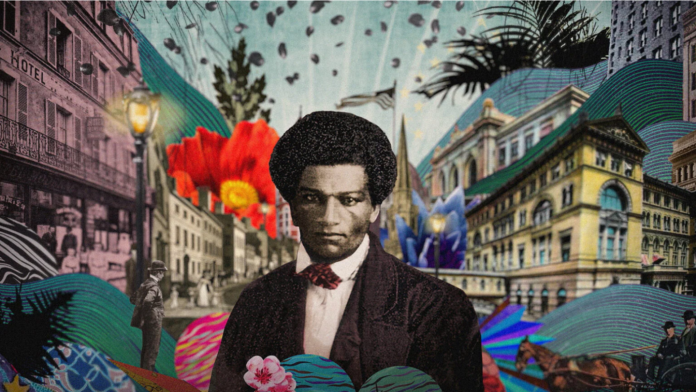 From moving documentaries to powerful ABFF-winning short films, HBO has plenty of content to keep you engaged with Black History Month this year.

The official synopsis for Frederick Douglass: In Five Speeches reveals that the project, “offers a new approach to understanding Douglass’ story, guided entirely by his own words about this country’s struggle for Black freedom and equality. Together with his autobiographies, the writings chart Douglass’ rise from a passionate young agitator to a composed statesman, and ultimately to a disenchanted but still hopeful older man.”

Earlier this month, HBO debuted the finalists for the 2021 HBO’s Short Film Competition, as part of their partnership with the American Black Film Festival. Some of the titles include When The Sun Sets, which follows a young Black nurse in 1985 apartheid South Africa, The Snakes, set in a chilling future where Roe V. Wade has been overturned, and Pure, which follows a closeted young woman on the night before her cotillion ball.

Rounding out the list include Mass Ave and Cracked, which along with the other titles are available to stream now on the streamer.

A Choice of Weapons: Inspired By Gordon Parks

An HBO Original, Choice of Weapons: Inspired By Gordon Parks is a documentary following the life of Gordon Parks, an iconic photographer and filmmaker known for shots capturing Black American life. The first Black staff photographer of Life magazine, Parks would go on to inspire creatives like LaToya Ruby Frazier, Ava DuVernay and more, who appear in the documentary.

TheGrio reviewed the documentary when it premiered at the Tribeca Festival last summer, which can be read here. Now, the project is available to stream for free on HBO Max, also under their “More Than a Month” banner.

Head over to HBO Max to learn more about their Black Voices collection here.