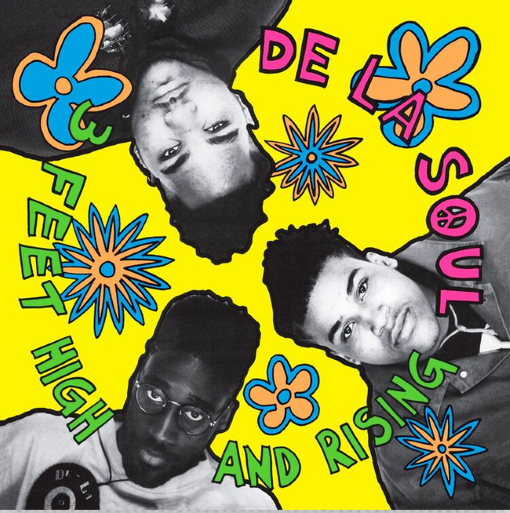 De La Soul’s music is coming to streaming services this year. For the first time, fans can stream the legendary hip-hop trio’s catalog beginning in March.

For more than three decades, De La Soul created imaginative, socially conscious music that used sampling in new ways. Their catalog includes songs like “Me, Myself & I,” “Plug Tunin’,” “A Rollerskating Jam Named ‘Saturdays’,” and “Stakes Is High.”

The group, featuring members Posdnuos, Trugoy the Dove, and DJ Maseo, announced the news on Tuesday, according to Variety. This comes after years of the group battling with their former record label, Tommy Boy Records, over sample clearances and other legal issues.

In 2021, Reservoir Records acquired the masters of Tommy Boy Records’ catalog, according to Billboard. “When Reservoir acquired Tommy Boy, the first call we made was to De La Soul,” Faith Newman, Reservoir executive vice president of A&R and catalog development told Variety.

After working with the group and their record label AOI, Reservoir will now distribute and “expose a whole new generation of listeners to one of the most important catalogs in hip-hop history,” via its Chrysalis Record label, starting March 3.

De La Soul has spread the news via their social media accounts. The group’s Instagram account as well as individual members have posted news of their music coming to Spotify and Amazon Music, specifically.

“We can’t believe this day is finally here, and we are excited to be able to share our music with fans, old and new,” the group said in a statement to Variety. “Golnar, Rell, Faith, and the Reservoir team have been great partners in this entire process. We’re grateful that our relationship with them all has enabled this to happen.”

The Long Island trio were very vocal about their difficult negotiations with Tommy Boy Records regarding their music being streamed. Over the years, they have informed the public via social media about their meetings with Tommy Boy and how the label attempted to move forward with putting their music on streaming services without awarding them an adequate share of the profits.

In 2019, the group posted that Tommy Boy would receive 90% of the purchase of their songs on streaming, leaving them with only 10%. They also posted during the time that Tommy Boy was attempting to stream their music without resolving sample clearance for their first six albums.

“When confronted and questioned whether or not all samples had been cleared for our catalogs streaming release, Tommy Boy felt that it would be better to move forward with the release and deal with all the claims/lawsuits later on,” the group wrote on Instagram. “That’s just not smart business. We don’t want to get sued.”

De La Soul was one of the first hip-hop acts sued over samples with their 1989 debut, “3 Feet High and Rising.” The group used a sample of The Turtles’ 1969 hit “You Showed Me” for their song “Transmitting Live From Mars” and Turtle members Mark Volman and Howard Kaylan sued the group, Tommy Boy, and the song’s producer, Prince Paul, for $1.7 million.