by Dr. Carl C. Bell, The Grio-The CDC has finally taken substantial action on the problem of fetal alcohol exposure.

That is not to say that the problem has not been on their radar or on the Substance Abuse and Mental Health Administration’s (SAMHSA’s) radar in the past. The problem has been trying to figure out what to do about it.

Everyone knows you should not drink when you are pregnant, but the problem is most women do not realize they are pregnant until shortly after the first month or longer. During that time, they may be engaging in social drinking during the month they do not know they are pregnant.

The problem is that brain damage from alcohol occurs within the first three weeks, and it is everlasting.

Fetal alcohol exposure is most commonly thought of as a Native American problem, but our recent research in a low-income African-American community reveals that this problem, recently labeled “Neurobehavioral Disorder associated with Prenatal Alcohol Exposure (ND-PAE)” by the American Psychiatric Association’s Diagnostic and Statistical Manual 5th Edition, is rampant in the community we studied.

Thirty-nine percent (237) had ND-PAE and 9 percent (53) had one of the other six or mental problems from early childhood head injury, birth traumas, or infections of the brain.

Since I was in medical school at Meharry Medical College in Nashville, Tennessee, in 1968, I have been witnessing this problem being mislabeled as:

When Dr. David Satcher (Former Head of CDC and US 16th Surgeon General) had his Children’s Conference in 2000, he suggested if we wanted to have an impact of public health, we needed to look to youth in Child Protective Services, Juvenile Detention, and Special Education.

There are a disproportionate number of African-American children in these three systems.

Our work in these three services suggests that 75 percent of the children in Juvenile Detention and Special Education have ND-PAE – the leading cause of intellectual disability. The percentage of children who have ND-PAE and who wind up in Child Protective Services is unknown, but some estimates are that 15 percent to 28 percent of these children were exposed to alcohol when they were in utero because their mothers did not know they were pregnant and were social drinking and having unprotected sex.

I emphasize social drinking because I am not accusing black women of being alcoholics.

Too often, however, alcohol is readily more available in low-income African-American communities all over the United States. We are at heightened risk.

Those are the facts.

Accordingly, it should be feasible to understand if there are two and three liquor/food stores every half mile, and if about 50 percent of pregnancies are not planned and there is nothing wrong with social drinking (if you are taking measures to prevent pregnancy as the CDC is suggesting), then women are going to mistakenly drink before they realize they are pregnant.

The results are disastrous, and this has been going on for decades perhaps a century.

Unfortunately, there is very little research done on African-Americans by African-Americans, and so we miss learning things that could improve our well-being. We need to do some serious research on how many youth in Child Protective Services, Juvenile Detention, and Special Education have the problem of ND-PAE, as there may be something we can do to help them.

There is emerging scientific evidence that Choline, an over-the-counter nutrient, may help to ameliorate the problem of ND-PAE. We know that alcohol denatures Choline, and animal studies show that giving animals who are pregnant alcohol causes their babies to have ND-PAE, but by supplementing the animal’s diet with Choline and some other vitamins, the problem of ND-PAE may be lessened.

There is evolving research that suggests this solution may be helpful in humans prenatally and after the child is born. We are still waiting for absolute sure proof of this hypothesis, but it looks pretty good to me. It would certainly be better to give patients with ND-PAE who have a plethora of learning, judgment, and emotional problems, and who have a poor response to psychiatric medications, therapeutic vitamins to help their damaged brains get back on a normal developmental track.

The practice of medicine is clear that the human body is always trying to heal itself; we just need not to cause harm and to supply the body with what it needs to heal. The research on Choline and other vitamins is going to take a long time to prove, but, in the meantime, the CDC’s warning is a welcomed public health message, and, based on my studies, should be especially heeded by African-Americans. 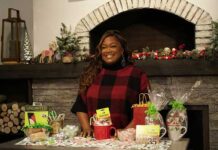