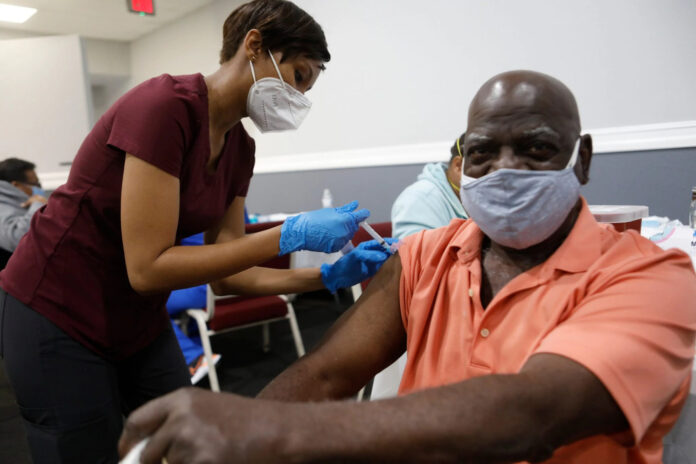 A new study revealed that in 2020, life expectancy for Americans dropped by a full year, and even more for minorities. According to AP, during the first half of 2020, the general life expectancy dropped two years for Hispanics and nearly three years for Black people.

“What is really quite striking in these numbers is that they only reflect the first half of the year … I would expect that these numbers would only get worse,” said Dr. Kirsten Bibbins-Domingo, a health equity researcher and dean at the University of California, San Francisco.

PBS reported researchers at the National Center for Health Statistics, part of the Centers for Disease Control and Prevention, conducted the research and came to the conclusion after analyzing 99 percent of all U.S. deaths and birth records between January and June 2020.

“This one-year decline in the total population is quite large,” said  Elizabeth Arias, a professional with the National Center for Health Statistics to PBS. As the lead author of the report, she shared Black men are experiencing a drop in life expectancy similar to numbers from the worse parts of World War II. She confirmed more research will be released this spring with a wider look at how the coronavirus pandemic has fully impacted life expectancy.

According to Samuel Preston, a demographer and professor emeritus of sociology at the University of Pennsylvania, the official coronavirus death toll is an undercount. “The epidemic is having a lot of impacts over and above,” he remarked.

Noreen Goldman, a professor of demography and public affairs at Princeton University’s Office of Population Research, shared a similar opinion and highlighted the fact that the disparity in life expectancy in race signifies a larger problem.

“This kind of excess mortality is representing structural inequalities that have existed for a long time that increase both the risk of exposure to the virus and the risk of dying from the virus,” Goldman said.

theGrio reported Dr. Anthony Fauci, the director of the National Institute of Allergy and Infectious Diseases, called the public health outlook for African American and Latinx patients “shameful” when it comes to both treatment and recovery.

He shared the need for collaborative efforts to combat the coronavirus in the exclusive November interview.

“We know that when you implement fundamental public health measures, like wearing masks, uniformly keeping distance, avoiding crowds in congregate settings, particularly indoor washing hands frequently, that you can get that curve to flatten out and start coming down,” he remarked.

According to APM Research Lab, “Pacific Islanders, Latino, Black and Indigenous Americans all have a COVID-19 death rate of double or more that of White and Asian Americans, who experience the lowest age-adjusted rates.”

63,207 Black Americans have died of the coronavirus as of February 2 and have experienced 15.7% of all deaths of known race, but only represent 12.4% of the population.