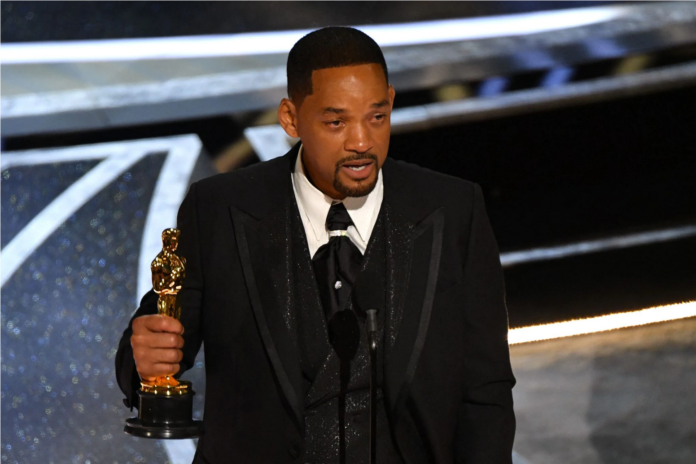 Will Smith won the Academy Award for Best Actor and addressed his altercation with Chris Rock during his acceptance speech on Sunday.

Smith, who won for his portrayal of Richard Williams in King Richard, began his speech with the line, “Richard Williams was a fierce defender of his family,” a seemingly veiled explanation for the incident with Rock.

While presenting the award for Best Documentary Feature earlier that evening, Rock made a joke at the expense of Smith’s wife, Jada Pinkett Smith. This caused Smith to approach Rock and slap him in the face before returning to his seat and yelling expletives directed at Rock.

Smith spoke about how protecting people was the crux of his performance in King Richard during his five-minute speech following the incident.

“Making this film, I got to protect Aunjanue Ellis, who is one of the most strongest, most delicate people I have ever met,” Smith said while wiping away tears. “I got to project Saniyya and Demi, the two actresses who played Venus and Serena. I’m being called on in my life to love people, and to protect people, and to be a river to my people.”

Smith would apologize during the speech, stating that his intentions are to empower those around him. “I want to be an ambassador for that kind of love, and care and concern. I want apologize to the Academy, I want to apologize to my fellow nominees.”

After thanking the Williams family, his film collaborators, and his family, Smith made one last reference to the incident. “Art imitates life. I looked like the crazy father, just like they said about Richard Williams. But love will make you do crazy things.”

Smith ended the speech with “Thank you. I hope the Academy invites me back.” Smith did not mention Rock’s name in the speech.

This was Smith’s first Oscar win and his third nomination. He was previously nominated for Best Actor for 2001’s Ali and for 2006’s The Pursuit of Happyness.