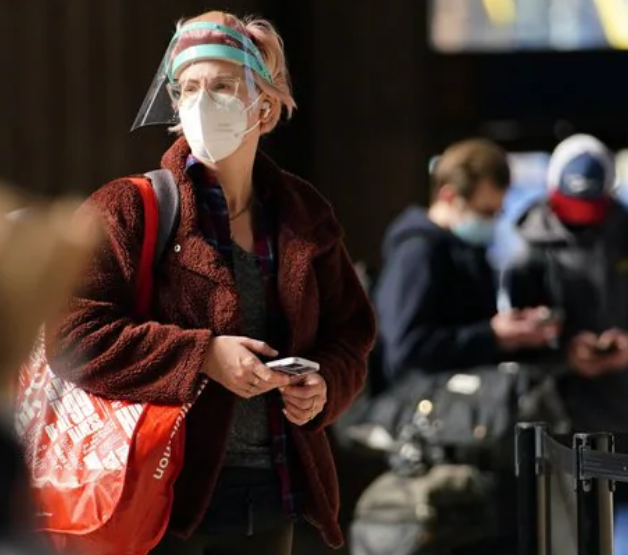 The World Health Organization (WHO) Friday recommended continued COVID-19 safety protocols even for fully vaccinated people, due to the continued rise of the highly transmissible delta variant.

Found in more than 80 countries worldwide since its first discovery in India, the delta variant is a mutation of the coronavirus that spreads more quickly because it is “better at latching onto cells in our bodies,” according to the Associated Press.

“People cannot feel safe just because they had the two doses. They still need to protect themselves,” said Mariangela Simao, WHO assistant director general for access to medicines, vaccines and pharmaceuticals, during a news briefing.

“Vaccine alone won’t stop community transmission,” she added. “People need to continue to use masks consistently, be in ventilated spaces, hand hygiene … the physical distance, avoid crowding. This still continues to be extremely important, even if you’re vaccinated when you have a community transmission ongoing.”

As COVID-19 vaccinations have become more readily available and cases have declined, many countries worldwide have loosened restrictions such as mask-wearing and social distancing.

While there has been a sharp decline in new cases in the U.S. over the past few months, the number of new cases has remained at an average of 11,659 per day over the past week, according to John’s Hopkins University.

Studies show American citizens are acting as if things are completely back to normal. According to AAA, roughly 48 million Americans are projected to go on a trip for 4th of July weekend, a 40% increase from summer 2020.

Countrywide, people are also going to restaurants, movie theaters, concerts, and sporting events without masks. Some of the hardest-hit states such as California and New York have reopened.

“You can reduce some measures and different countries have different recommendations in that regard. But there’s still the need for caution,” said WHO senior advisor to the director general, Dr. Bruce Aylward. “As we are seeing, there are new variants emerging.”

At a news conference last Friday, WHO chief scientist, Dr. Soumya Swaminathan, said the delta mutation is now the dominant form of the disease across the globe because of its “significantly increased transmissibility.”

According to recent studies, delta has roughly 60% higher transmissibility than the alpha variant, which was identified first in the U.K. and is itself more contagious than the original coronavirus strain.

More studies are needed to determine the lethality of delta as opposed to other strains, but WHO executive director of the health emergencies program, Dr. Mike Ryan, suggests it may prove to be more deadly.

It is potentially “more lethal because it’s more efficient in the way it transmits between humans and it will eventually find those vulnerable individuals who will become severely ill, have to be hospitalized and potentially die,” Ryan said last Monday.

President Joe Biden warned that more deaths are looming as a result of the delta variant, and urged young people to get vaccinated.

“Six hundred thousand-plus Americans have died, and with this delta variant you know there’s going to be others as well,” Biden said Thursday in a public statement. “You know it’s going to happen. We’ve got to get young people vaccinated.”