The Panthers get off to  Slow Start in Loss to Hokies

[BLACKSBURG, Va.]  The Pitt Panthers 10 point loss to the Hokies of Virginia Tech on Saturday was their 5th in their last seven games. Pitt was powered  by Forward Justin Champagnie and Guard Au’Diese Toney scoring 12 points a piece. Champagnie who also lead the Panthers with 9 rebounds was only able to connect on 5 of his 14 shots from the floor which was indicative of the Panthers shooting only 35%  as a team (21 of 60).

The Panthers only scored 23 points in the first half , but were fortunate to only face a nine point deficit  (Virginia Tech leading 32-23). The Blue and Gold came out firing in the second half knocking down 34 points  and shooting 41% from the floor and for most of the game making it all happen inside the paint (30 points). But despite the improved shooting in the second half the Pitt was   not able to overcome the Hokies and their strong bench support(25 points). The Hokies were lead by starter  P.J. Horne who knocked down 18 points and Jalen Crone who came off the bench to score 12. Speaking of points off the bench the Panthers got 10 points from Freshman Abdoul Karim Coulibaly.

Coach Jeff Capel‘s Panthers now own a record of 15 wins against 11 losses on the season (6-9 in Atlantic Coast Conference play) and will visit Florida State on Tuesday. Pitt only has five regular season games left and two of those games are home Virginia (February 22) and  Syracuse (February 26);The Blue and Gold will wrap up their season on the road against North Carolina State (February 29 )  and Georgia Tech (March 4). If the young Panthers can win out they would finish the regular season with 20 wins and gain  valuable momentum heading into the ACC Tournament. 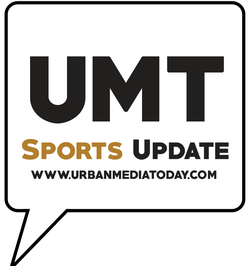