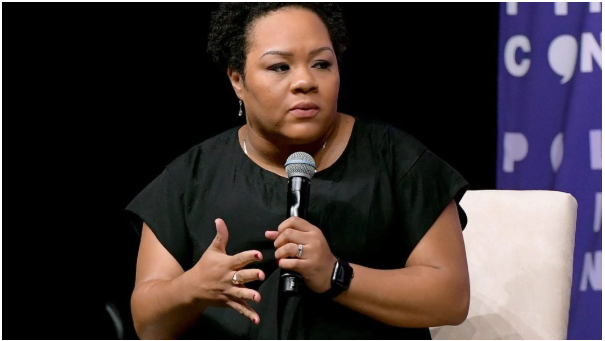 The Media Buzz tweet reads: “@gayletrotter said PBS correspondent Yamiche Alcindor asked President Trump “a hostile gotcha question” and “misrepresented” a statement from Trump. “He was right to push back, and where is the spirit of 9-11 in these reporters?” wrote #MediaBuzz, a Fox News program, quoting Trotter, a conservative attorney, columnist and news analyst.

“Yamiche Alcindor is a very respected journalist from PBS, which isn’t even part of the corporate media. It’s curious that Trump would specifically bully Yamiche much more than other journalists who ask him “hostile” questions. Maybe it has to do with the color of her skin,” Eugene Gu, MD responded to Trump’s tweet.

“In fact, Trump earlier responded to Yamiche Alcindor with the derogatory phrase “you people.” He’s called black NFL players “sons of bitches” for taking the knee to fight racism. He falsely accused the Central Park 5 of rape and said President Obama was born in Kenya. Patterns,” Gu added.

But some backed what the president tweeted.

“Personally I think @potus is doing everything he can to protect this country and the reporters in these briefings represent the very worse of journalism. The dems are taking a very serious situation to try and take down our President AGAIN!” tweeted Jeanne Tredway.

Alcindor weighed in as well. Ultimately, she invited Trump to a sit-down interview with her to further set the record straight.

“Mr. President @realDonaldTrump, I’ve asked you fair & relevant questions on your evolving approach & rhetoric regarding coronavirus. For example, last Sun., I asked: “You’ve said some governors don’t need the equipment they’re requesting. How might that impact your decisions?” Alcindor wrote in an initial tweet.

“You denied saying that & said: “Be nice.” Yet days before on Fox News, you said, “I don’t believe you need 40,000 or 30,000 ventilators.” You have since repeated that sentiment. Yesterday, you said of states: “Sometimes when they know they don’t need it they want it anyway,” Alcindor continued.

“Now, there are more than 328,000 confirmed U.S. coronavirus cases & more than 9,300 people have died. You have said the next two weeks will be the toughest. I welcome you to come on PBS NewsHour for an interview on your administration’s response & how Americans can stay safe,” Alcindor concluded her 3-part response. 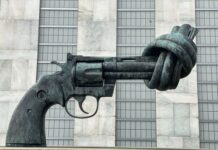