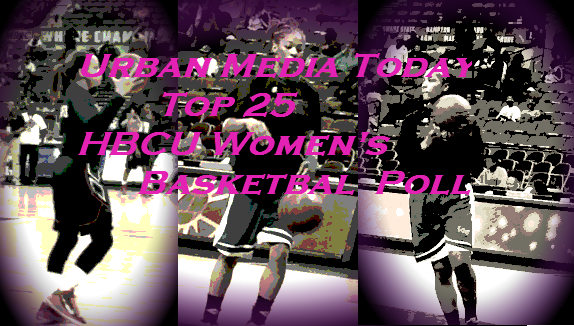 The Lady Aggies of  North Carolina A&T are on a 6 game winning streak and are now the current Queens of the HBCU Hoops Court ; The Lady Bulldogs of Bowie State slip  to number two and the Lady Lions of Lincoln Roar at Number Five!

Congratulations to #GCACWBB Player of the Week, Katie Blackmon.

She collected her 7th double-double of the season with 18 pts, 18 rebs, as well as 3 blks, in the Lady Bearcats’ win over Tougaloo.