Coach Chris Wright  in his 4th season at the helm of the Tornadoes finished this season with 32 wins against only 6 losses to claim the Urban Media Today Mens’ National HBCU Basketball Championship. Talladega  roared out to a fast start winning their first 15 games before finally incurring their first loss of the year (84-76) to Vanguard. The Tornadoes, who were led by senior guards Darryl Bakers’ 17.6 points per game and Cam Potts 6.7 assists per game  went seven games before falling to Stillman (64-57). The two losses previously mentioned were the only losses experienced by Dega to any team not named  Loyola (New Orleans). The regular season was such a success for coach Wright and his Tornadoes it marked the first time in school history that the school would host an NAIA National Championship Tournament first round. The historic season ended with a loss to NAIA National Champion Loyola (71-56).

Jackson State Rules as the Queens of the Court.

The ladies of Jackson State concluded their 2021-22 with a record of 23-7. JSU Head Coach Tomekia Reed in her fourth season at the helm had her team  firing on all cylinders. The eventual SWAC champs started the season rebounding from a 2 and 6 start by going on a  21 game winning streak (between January 5,2022 and ending  March 19,2022). The Tigers were finally tripped up by LSU (83-77) in the first round of the NCAA Tournament. Jackson State  was  led by 6’4″ Senior Ameshya Williams-Holliday who averaged a double double this season of 19 points and 11 rebounds per game.  Williams-Holiday and crew roared through the SWAC regular season and conference tournament without a loss (18-0) powering JSU the Urban Media Today HBCU National Title. 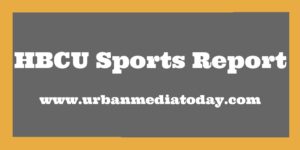 Urban Media Today was established in 2010  and has been covering HBCU sports as well as providing news and entertainment to its readers daily. Urbanmediatoday.com  also supports an online radio station Urban Media Today Radio established in 2016 that provides weekly sports & entertainment podcasts in addition to Music and News. Urban Media Today has and continues to release its weekly HBCU Football Rankings  as well as the only weekly HBCU top 25 men’s and women’s basketball polls in the country for the past 5 years.  For more information log on to www.Urbanmediatoday.com.