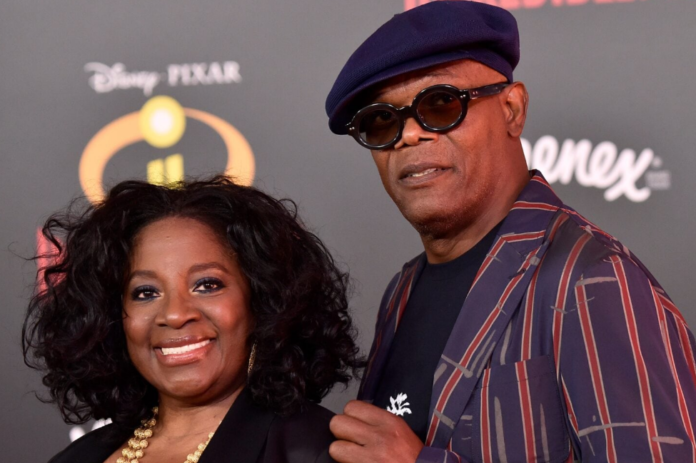 The couple’s generous donation was previously reported but the amount wasn’t disclosed –until now.

“The love that both LaTanya and Sam continue to exhibit for Spelman since their time on stage decades ago is heartwarming,” Spelman President Dr. Mary Schmidt Campbell said in a news release.

“These living legends met and acted together on stage on our campus. Their dedication to their artistry will leave a legacy that will inspire students in the Atlanta University Center for years to come.”

Other contributors include Bank of America and David Rockefeller Jr., which donated $2M and $300K respectively. George Lucas and his wife Mellody Hobson, through their Hobson/Lucas Family Foundation, contributed $10M, per the report.

“We’re pleased to support Spelman College as it inspires, trains and develops the next generation of leaders, from entrepreneurship to the arts, with a commitment that aligns with our focus on advancing racial equality and economic opportunity,” said Anne Finucane, vice chairman for Bank of America.

“We believe that when the power of the arts is combined with the longstanding traditions of Spelman, it yields excellence, and we’re honored to be a part of this important work.”

The Fine Arts building at the 57-year-old institution reportedly lacks accessibility for the handicapped, has an outdated theater, dressing rooms, and bathrooms, as well as asbestos and poor ventilation. The renovation effort gets underway in the spring of 2022.

“Renovation talk has been going on since I arrived at Spelman over seven and a half years ago,” said Aku Kadogo, of the Theater and Performance Department. “You don’t really believe it until you see it, so I’m excited that this is happening.”

Following news in May of the undisclosed amount that LaTanya and Samuel donated to Spelman, Richardson Jackson said in a statement that she and her husband “are invested in the success of Spelman because Spelman first invested so much in us.”

“We are grateful for their gift and that of the Hobson/Lucas Family Foundation, Bank of America and David Rockefeller Jr. to renovate the space where these beloved talents got their start. Pioneers and leaders in producing important stories, LaTanya and Sam’s excellence will forever resonate in the arts center named for them,” Campbell said.

“We’re all excited that renovations are happening, but we’re really at the beginning,” Kadogo said. “Truthfully, it’s more of a hardship in the moment because we’re operating in temporary spaces. It’s an endurance test, but we’ve just got to be positive going forward.”