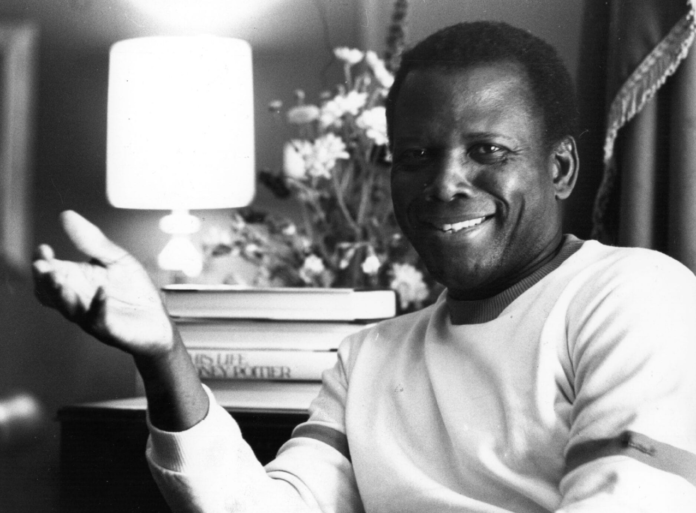 Poitier’s prolific career was history-making, as he became the first Black man to ever win the Oscar for Best Actor in 1964, for his acclaimed performance in Lilies of the Field. Prior to his Oscar-winning turn, Poitier captured audiences with memorable performances in projects like The Defiant Ones (for which he also was nominated for an Academy Award), the screen adaptations of Porgy and Bess (1959) and A Raisin in the Sun (1961), to name a few.

His success only continued into the late ’60s and early ’70s, when he starred in classic films like To Sir, With Love and Guess Who’s Coming To Dinner. Pushing against many roles offered to Black actors at the time, Poitier forged new paths for actors of color, playing romantic leads and starring in films that addressed race relations head on.

In an interview with Oprah Winfrey, Poitier spoke to the great responsibility he had as being “the first” Black man to achieve what he had at the time. “It’s been an enormous responsibility,” he shared. “And I accepted it, and I lived in a way that showed how I respected that responsibility. I had to. In order for others to come behind me, there were certain things I had to do.”

Poitier pushed to break boundaries in other aspects of Hollywood outside of just performing. For his 1969 film The Lost Man, he insisted the film crew for the movie was “at least 50 percent African-American,” per his bio for the Kennedy Center. Poitier would go on to direct in Hollywood as well, including A Piece of the Action, Stir Crazy and more.

Poitier was also known for his activism, having attended the March on Washington in 1963. Dr. Martin Luther King Jr. himself paid tribute to him in 1967, sharing, “He is a man of great depth, a man of great social concern, a man who is dedicated to human rights and freedom. Here is a man who, in the words we so often hear now, is a soul brother.”

Poitier would go on to have a political career. From 1997 to 2007, Poitier served as the Bahamian ambassador to Japan. In 2009, President Barack Obama honored him with Presidential Medal of Freedom.

He is survived by his wife Joanna Shimkus, his six daughters and eight grandchildren, and three great-grandchildren.