Mo’Nique and Lee Daniels appear to have settled a 13-year feud related to their acclaimed film Precious.

The falling out reportedly occurred after Mo’Nique, 54, said she was being blackballed from opportunities by Daniels, 62, and others because she refused to promote the 2009 movie starring her and directed by Daniels, PEOPLE reported.

The Oscar-winning actress on Friday hosted her comedy event “Mo’Nique and Friends: April Fools Day with The Queen of Comedy,” and brought Daniels onstage during the show to share a moment of reconciliation, per the outlet.

“I am so sorry for hurting you in any way that I did,” Daniels said to Mo’Nique during the live event in Staten Island, New York, PEOPLE reported. “She was my best friend, my best friend. Y’all think that Precious was just — that was God working, through both of us.”

According to the outlet, Daniels added: “And we’re gonna f***ing do it again!,” in reference to the forthcoming movie Demon House, a horror film that Mo’Nique is now set to star in. Octavia Spencer was forced to back out of the role due to a scheduling conflict and Monique stepped in, per Deadline.

The duo proceeded to dance together on stage for a while, before hugging and exchanging an “I love you,” according to PEOPLE.

Mo’Nique in 2015 sat down with The Hollywood Reporter to open up about her and Daniels’ then-soured relationship. She said she wasn’t offered movie roles after her 2010 Oscar win due to Hollywood higher-ups being upset at her for not playing along with industry politics.

“But I got a phone call from Lee Daniels… and he said to me, ‘Mo’Nique, you’ve been blackballed.’ I said, ‘Why?’ And he said, ‘Because you didn’t play the game,’” she said.

In a later statement to THR, Daniels said: “Mo’Nique is a creative force to be reckoned with. Her demands through Precious were not always in line with the campaign. This soured her relationship with the Hollywood community.”

The two have apparently mended things since then, and Mo’Nique is now set to join the star-studded Demon House cast which includes the likes of Andra Day, Rob Morgan, Glenn Close, Caleb McLaughlin and Aunjanue Ellis, Deadline reported.

Per the outlet, production on the $65 million film, in which Mo’Nique will play a social worker assisting a family facing exorcisms, will begin in June. 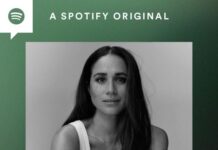