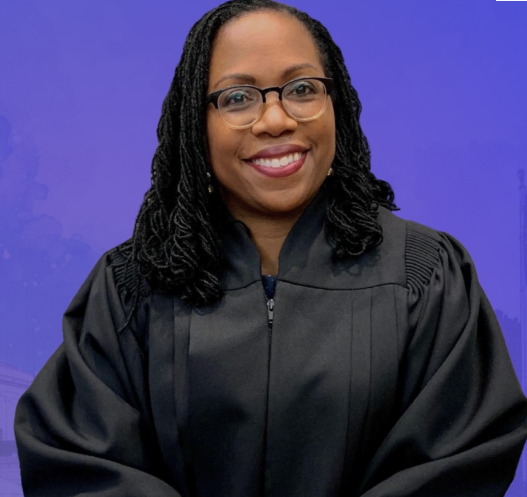 Ketanji Brown Jackson made history on Thursday after officially being sworn in as the first Black woman justice to serve on the Supreme Court of the United States. Jackson, who is the 104th associate justice to join the high court, filled the seat left vacant by Justice Stephen Breyer, who retired just hours before Justice Jackson’s swearing-in.

Jackson took two oaths of office, one administered by Chief Justice John Roberts, and the other by outgoing Justice Breyer. She was met with applause from a small number of invited guests at the Supreme Court, including her husband and two daughters.

In a letter dated Wednesday and addressed to President Joe Biden, Breyer, 83, expressed his intent to retire from his service on the court after serving 28 years on the bench.

Noting the president’s nomination of Jackson and subsequent confirmation by the U.S. Senate, Breyer wrote, “I understand that she is prepared to take the prescribed oaths to begin her service as the 116th member of this court.”

The Supreme Court handed down the remaining opinions for its current session on Thursday morning.

“It has been my great honor to participate as a judge in the effort to maintain our constitution and the rule of law,” Breyer wrote.

The Supreme Court ended its session in infamy as its reputation has been jeopardized following its controversial ruling in Dobbs v. Jackson, which revoked the constitutional right to an abortion. The decision caused shock waves across the country and around the world as polls show most Americans felt Roe v. Wade should’ve remained law.

Jackson, who was officially confirmed by the Senate on April 7, will be in place for the next Supreme Court session that begins in October. Jackson now sits in the minority of the nine-member, majority conservative court.

Leah Daughtry, co-convener of the Black Women’s Collective, told theGrio, “math is the math. It is 6-3, and we now see a very conservative activist court.”

The minister and activist lamented about the reality for the soon-to-be Justice Jackson, emphasizing that “she will be one of the three dissenters” to many opinions handed down by the conservative-leaning court. But she noted, “dissent is important.”

Jackson, who coincidentally served as a law clerk for Justice Breyer, will serve a lifetime appointment. For the first time in U.S. history, the Supreme Court will include a Black woman’s voice. Daughtry said that voice, no matter how limited by the majority, will be impactful for marginalized communities.

“Her presence in the room will assure that we know the voices of our people will be heard,” she told theGrio. “Those who’ve been left out and locked out of the system will be represented in the deliberation room in the questioning of the plaintiff and defendants. And we’re just looking forward to all that she’s going to bring to the Supreme Court in this very critical era.”

Brandi Colander, co-founder of She Will Rise, told theGrio that “this is a day we have all waited and worked for.”

Colander saluted Justice Breyer for his “enduring service to our nation, commitment to a fair and just judiciary and investment in a diverse pipeline of clerks like our newly named Justice Ketanji Brown Jackson.”

She applauded Justice Jackson for her “impeccable credentials” and said she looks forward to “the important contributions that she will make on behalf of our nation.”

“Her voice, judicial expertise and lived experiences are a perfect addition to this important body, the US Supreme Court,” she added. “An entity that depends on public confidence in its ability to operate with fairness and equal justice for all.” 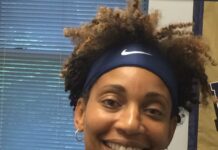