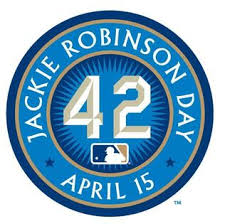 Jackie Robinson is one of the most significant persons in the history of baseball and in the lives of many Americans. He is considered to be one of the best baseball player in the national pastime. He changed what  Americans thought about race when he took  the field for the Brooklyn Dodgers on April 15, 1947.  He’s the one, who ended the racial discrimination and segregation in major league baseball by being the first of his race to play in the major league.

This man is the first to do what so many black player weren’t allowed to do in baseball during the twentieth century.  He had the ability to win the battle, to be a MVP player and to be included in Baseball Hall of Fame.

Due to institutionalized racism during the World War II, he did not play in any big leagues games until he reached the age of 28.  His major league career spanned only for ten seasons.  Nevertheless, in his prime years, at the age of 34, he hit .319, and he averaged more than 110 run scored in every season. He also drove in an average of 85 runs and hit 15 home runs each season, which is very impressive . Furthermore, he also got an average of 24 stolen bases in a season.

Jackie Robinson has been described as a lion at bat and tiger in the field. He was a very excellent bunter and often sacrificed to lay down one for a hit. He also displayed his speed and power in the field and his good eye as it was rare for him to strike out. In his entire career in the big league, he almost drew 740 walks with 291 strike outs which is impressive in ratio.

Jackie Robinson revives the art of stealing home and he successfully made 19 steals in his entire career. In his career, Jackie Robinson is one of the most fearless competitors in the baseball field. In January 22, 1957, he announced his retirement in baseball.

With all the great adjectives that can be used to describe this man, his fame defined his tireless campaign against discrimination. Even though he was very successful in his career, he wanted to have equal treatment to all black players on the baseball field. Truly, this man serves as a inspiration that anyone can become successful in whatever career you may choose. Jack Roosevelt “Jackie” Robinson was an American Major League Baseball second baseman who became the first African American to play in the major leagues in the modern era. 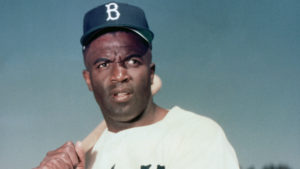