Many of us have heard of Kwanzaa, and some of us have referred to it as the ‘Black Christmas,’ but the reality is, Kwanzaa’s not a religious holiday, so it can be celebrated in tandem with Christmas or Hanukkah.

At its core, Kwanzaa is a celebration of African American and Pan-African culture, community, and history, and therefore can technically be celebrated all year-round.

Created in California in 1966 by Dr. Maulana Karenga, Kwanzaa originated as a way to unify and uplift the Black community following the week-long civil unrest of the 1965 Watts Rebellion in Los Angeles, which left 34 people dead and over a thousand injured.

In the 70s and 80s, the growing popularity of Kwanzaa was fueled by the Black power and Pan-African movements. The late 90s ushered in mainstream commercialization of the holiday which many feared was damaging to its core values.

Since then, the Black Power movement has waned, and through the internet, more people are becoming aware of the controversy surrounding Karenga and his 1971 felony assault and false imprisonment convictions for the torture of two Black women.

Because of this, less and less Black Americans feel a connection to the holiday. But according to the African American Cultural Center, millions of families still celebrate Kwanzaa worldwide. And those who do, cite feeling proud to instill in their children a strong sense of self through its seven core principles.

So if you’ve never celebrated Kwanzaa but would like to, here’s a breakdown of the basics of the holiday.

Traditionally, Kwanzaa is celebrated over a seven-day span beginning the day after Christmas on Dec. 26 and ending on Jan. 1, culminating in a large feast called Karamu, usually coinciding with New Year’s Eve.

Mkeka: This interwoven mat represents the foundation upon which we build our families and our communities.

Kikombe Cha Umoja: With this Unity cup, the head of the household will pour libations for our ancestors into a bowl or a potted plant and then pass the cup around as each family member drinks from it proclaiming “Harambee” which means “Let’s pull together.”

Mazao: Fruit represents the nourishment of an abundant and fruitful harvest.

Muhindi: An ear of corn is placed on the table for each child in the family and one for the collective children of the village.

Zawadi: Handmade educational and cultural gifts are given on Jan. 1, the last day of Kwanzaa.

Some people also include photos of ancestors and a bendera or a flag in the Pan-African black, red, green and red colors. These colors are also found in the seven candles with black representing people of African descent, green representing the fertile land and hope for the future, and red representing the past and the blood that was shed through our suffering.

Of course, if you don’t have any of these items, or you simply prefer not to have a full table setup, you can always still celebrate Kwanzaa by simply reflecting on and adopting the Nguzo Saba or the seven core principles which are:

Umoja – On the first day, we light the sole black candle at the center of our kinara in honor of the principle Umoja, meaning unity. On this day, we pledge to strive for and maintain unity in the family, community, nation, and race.

Kujichagulia – On the second Day of Kwanzaa, we light the first red candle to the left of the black candle. This candle represents the principle of Kujichagulia or self-determination. On this day, we pledge  to define ourselves, name ourselves, create for ourselves, and speak for ourselves.

Ujima – On the third day of Kwanzaa, we light the first green candle to the right of the black candle. This candle represents the principle of Ujima, or collective work and responsibility. On this day, we pledge to build and maintain our community together and make our brother’s and sister’s problems our problems and find solutions together.

Ujamaa – On the fourth day of Kwanzaa, we light the second red candle to the left of the black candle. This candle represents the principle of Ujamaa, or cooperative economics. On this day, we pledge to build and maintain our own stores, shops, and other businesses and to profit from them together.

Nia – On the fifth day of Kwanzaa, we light the second green candle to the right of the black candle. This candle represents the principle of Nia, or purpose. On this day, we pledge to make our collective vocation the building and development of our community in order to restore our people to their traditional greatness.

Kuumba – On the sixth day of Kwanzaa, we light the third red candle to the left of the black candle. This candle represents the principle of Kuumba or creativity. On this day, we pledge to always do as much as we can, in the way we can, in order to leave our community more beautiful and beneficial than we inherited it.

Imani – On the seventh and last day of Kwanzaa, we light the third green candle to the right of the black candle. This candle represents the principle of Imani (faith). On this day, we pledge to believe with all our heart in our people, our parents, our teachers, our leaders, and the righteousness and victory of our struggle.

Starting on Dec. 26, we invite you to follow along with us here at theGrio as we dive deeper into each of the principles and examine the ways in which we can incorporate them into our lives this Kwanzaa and beyond. 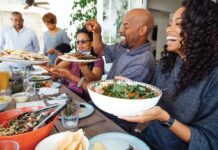 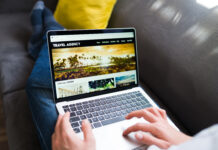 Is your search history affecting your flight prices? 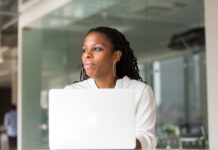 Building ladders to success for Black women in the workplace 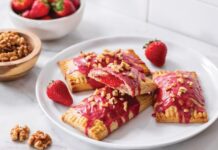 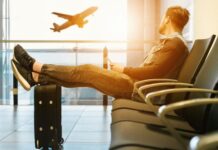