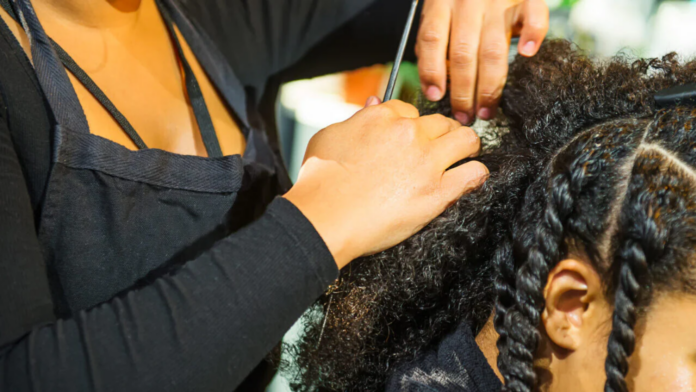 Businesses across the country have taken major hits to their revenue in the past two years, but one salon owner in Brooklyn has solutions to share for other Black businesses that could give a new life to their new normal.

Her name is Michaella Williams, she’s a Jamaican-American who owns four luxury hair salons in one of New York’s toughest markets. She exclusively explained the changes she made last year to increase her profits amid one of the most difficult years for the United States from a financial and health perspective.

Williams focused on her making shift changes to maximize capacity despite limitations set by city health officials. In the long run, the changes yielded a bump in profits in three of the four locations.

“It allowed the employees and our team members to feel a little bit more comfortable coming into work and not being exposed to what they thought was danger for a long period of time,” Williams explained. “And we were able to pretty much maximize that guest experience in that time period. And they ended up actually making more money.”

Salon 718’s shift changes also worked to the customers’ benefit, especially since their lifestyles changed in the past two years.

“It was great because so many people were working from home. So people had to get in before the day started, not only for their kids since they were home schooling, or they had to have later hours that needed to be accommodated,” Williams added.

One of the main challenges that Williams is encountering despite the prosperity of her salons is staffing. Many employable Americans are opting out of the labor force for various reasons, but this is placing small business owners at an extreme disadvantage in their most vulnerable time.

“There’s been such a shortage of finding staff that that’s what the challenge is right now for us, especially in our industry,“ Williams said. “We’re not having the same amount of graduates coming into the field.”

Another issue that has been prevailing for Black business owners across the labor forces is access to capital. According to the United States Chamber of Commerce‘s latest Small Business Index, 66% of small business owners agree that minority-owned small businesses face more challenges than non-minority-owned businesses — an increase of 14 percentage points compared to early 2020 when they were last surveyed.

This is an issue that prompted Coalition to Back Black Businesses to launch a multi-year initiative launched in September 2020 with American Express and the U.S. Chamber of Commerce Foundation, in partnership with the nation’s leading Black chambers.

This year, the program is offering more than 400 Black small business owners a chance to receive $5,000 grants, mentorship, and $25,000 enhancement funds. The deadline to apply is Sept. 22.

“In our experience and what our expectation is moving forward with these $5,000 grants is that a lot of it goes toward their hiring and labor cost,“ Lawrence Bowdish, executive director at the U.S. Chamber of Commerce Foundation. “But overall, increasing sort of the capital they have to pay labor is the most common thing that they support.”

Kim Roxie, the founder and CEO of LAMIK Beauty was one of the 2020 grant recipients. She received a $25,000 enhancement grant this summer due to her outstanding business performance and shared the impacts of these additional funds on her business.

“When I got the $25,000 grant that kind of came at a more perfect time,” Roxie said. The clean beauty entrepreneur contends the grant provided her with funds to hire digital marketing experts who required more flexibility in their schedules.

In essence everyone theGrio spoke with attributes flexibility as the key to weathering the current business outlook.