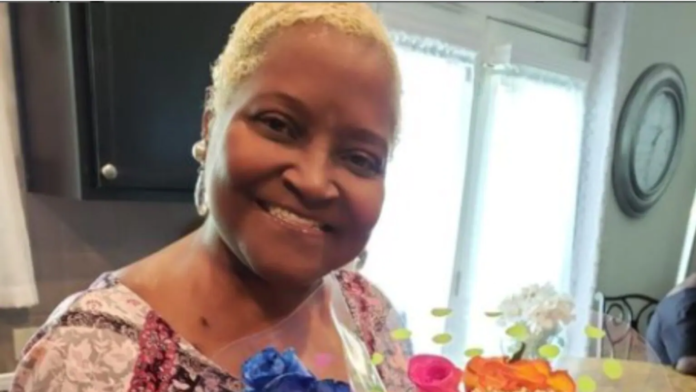 Gospel great LaShun Pace has passed away at age 60.

As reported by 11Alive’s Shiba Russell, Pace, born Terrian LaShun Pace in Atlanta, Ga., died of organ failure Monday morning, her sister, Lydia Pace, confirmed. She had been on dialysis for five years awaiting a kidney.

The singer-songwriter was a member of the Grammy-nominated sibling group The Anointed Pace Sisters. As previously reported by theGrio, the group of nine sisters made appearances in blockbuster movies such as The Fighting Temptations with Beyoncé Knowles and Cuba Gooding, Jr., and Tyler Perry’s Madea’s Family Reunion.

We have lost one of the baddest sopranos to ever walk this earth. LaShun Pace one of the lead singers of The Pace Sisters has passed. The Pace Sisters recently loss their sister songbird Duranice Pace and Mom Pastor Betty Pace. Pray for them and all of us who will mourn this loss pic.twitter.com/p7WjSBaV5t

Between 1989 and 2009, the group released several albums such as U-Know, which landed at No. 2, on the Billboard charts, and My Purpose which also made the Billboard charts. Pace was a key member of the group comprised of sisters, Duranice, Phyllis, June, Melonda, Dejuaii, Leslie, Latrice, and Lydia. Their mother, Bettie Ann Pace, died in 2020. Duranice died the following year at the age of 62.

Pace released her debut album He Lives in 1990 and is known for her hit songs “I Know I Been Changed” and “Act Like You Know.” Throughout her career, she toured with Rev. Gene Martin and the Action Revival Team as well as being a Stellar Award winner and evangelist.

Pace also released her autobiography For My Good But For His Glory in 2003.

As reported by Get Up! Mornings, Pace collaborated with Dr. Jonathan Greer and the Cathedral of Faith Church of God in Christ Choirs for the album In the House of the Lord. Most recently, she was inspired to start working on a new album after a snippet of her Karen Clark Sheard-assisted 1996 hit single “Act Like You Know” became a TikTok trend.

In 1999, Pace starred in Perry’s stage play I Know I’ve Been Changed (named after her song), and the two remained close friends.

In 2018, Perry bought Bettie Ann Pace a $350,000 house to fulfill her dying wish to be a homeowner and have a permanent place for her family to live in Atlanta, theGrio reported.

In a video obtained by TMZ, she showed off the home as she cut the red ribbon and family celebrated behind her.

“Tyler Perry, thank you, son,” Bettie said. “Thank you for the house. God bless you.”

Pace is reportedly survived by seven of her nine sisters and an adult daughter.