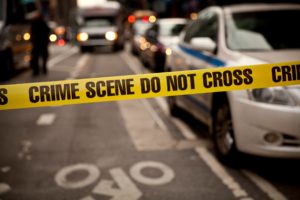 Jacksonville, Florida is the latest to endure a devastating and deadly shooting rampage as a gaming tournament turned tragic when a gunman fired shots into a crowd injuring 11 and killing 3; including himself.

Details aren’t clear on a motive, but police are investigating the scene and reporting new developments to the media.

The alleged suspect is identified as 24-year-old David Katz of Baltimore.

Authorities are working with the FBI to confirm the suspect as David Katz, 24, from Baltimore, Maryland. There are no other “outstanding suspects at this time,” Jacksonville Sheriff Mike Williams said.

The sheriff told reporters the suspect used “at least one handgun” and had been competing in the event.

Williams reported that nine of the injured sustained gunshot wounds and that two others were hurt while fleeing the scene. He cautioned those numbers could change, as some people may have transported themselves to area hospitals.