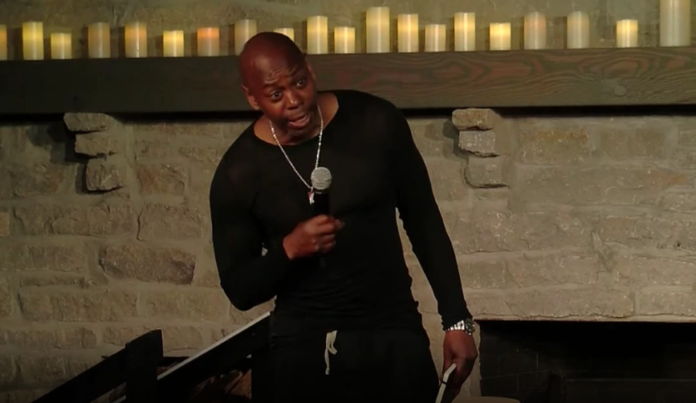 Dave Chappelle dropped a surprise special Thursday evening where the decorated comedian spoke out on police brutality and the renewed racial unrest across the country.

In the Netflix special 8:46, aptly named to recognize the 8 minutes and 46 seconds that a police officer kneeled on the neck of George Floyd killing him, Chappelle somberly recounted the tragic stories of Black people killed by police or vigilantes in recent decades.

But the Grammy Award-winning comic still appropriately managed to jolt laughter out of the socially distanced audience, such as when he called out CNN host Don Lemon and conservative commentator Candace Owens. Lemon and Owens have since responded to being name-dropped during the act.

Chappelle criticized Lemon’s assertion that the public wanted to hear from celebrities during the civil unrest, which captured the attention of the country and the world for nearly two weeks since Floyd’s death on Memorial Day in Minneapolis.

Lemon, who hosts “CNN Tonight with Don Lemon,” on May 31 chided Hollywood stars — some by name — for being silent and not being visible as protesters clashed with riot police and multiple cities burned during the uprising against police brutality.

“Does it matter about celebrities? No! This is the streets talking for themselves,” Chappelle said. “They don’t need me right now!”

Lemon addressed being name-dropped by Chappelle, saying on CNN that he was in fact “honored” to be mentioned and that he actually agreed with Chappelle’s statement.

“I think the establishment has been a bit behind… I think the young people who are out there in the street don’t really care what we have to say,” Lemon said. “They think that part of the world that we created and what we did, maybe we didn’t move fast enough, we weren’t strong enough. So they’re out there fighting.”

Chappelle, though, really laid into Owens, who has been critical of Floyd and the demonstrations that followed his death. Chappelle bashed Owens for highlighting the 46-year-old father’s criminal past and admonishing him for not being a “good person,” adding “I don’t care how CNN wants to make you think he changed his life around.”

“I’d seen Candace Owens try to convince white America, ‘Don’t worry about it. He’s a criminal, anyway,’” Chappelle said before lacing into Owens in a profanity-filled moment that drew a reaction from the crowd.

Owens took to Twitter to address Chappelle’s harsh words, and surprisingly, also took it in stride. The political commentator complemented Chappelle as “one of the greatest comedians of all time” and said she was proud to be mentioned in one of his routines.

She also took the opportunity to direct her ire at people on the other side of the political spectrum, as well as to give herself a compliment.

“I’m not a leftist. I have a sense of humor & I think comedians SHOULD make fun of people,” Owens tweeted. “Dave Chappelle is one of the greatest comedians of all time and I made it into one of his specials. That’s POWER!”