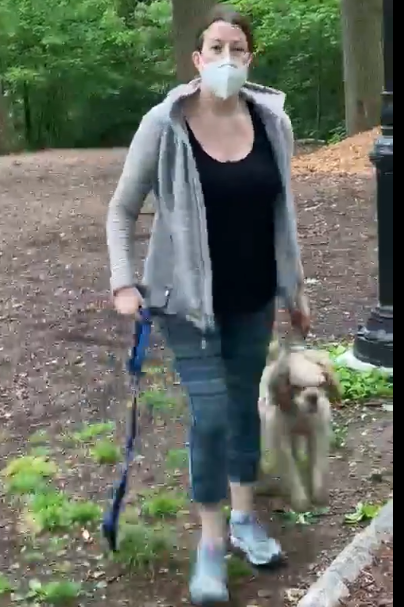 In a move that many activists find disappointing but not shocking, the misdemeanor charges against Amy Cooper — who made headlines under the moniker “Central Park Karen” — were dismissed this week despite the fact that she was caught on video falsely accusing a Black bird watcher Christian Cooper–who is of no relation–of “threatening” her safety.

According to reports, Tuesday, Cooper was pardoned after she completed a handful of therapy sessions. Previously she faced up to a year in prison on a charge of falsely reporting an incident in the third degree.

As a result, a judge granted Manhattan prosecutors’ request to toss her case entirely.

“They sent her to Critical Therapy Center … who provided psychoeducation and therapy services which focused on the ways in which Ms. Cooper could appreciate that racial identities shape our lives but we cannot use them to harm ourselves or others,” Illuzzi-Orbon explained to Manhattan Criminal Court Justice Anne Swern.

“Psychoeducation about racial equality is woven into each therapy session to prompt understanding and reflection.”

The defendant, dressed in a black turtleneck was silent throughout the proceedings and when asked by the judge if she wished to speak she simply responded, “No, your honor.”

Her legal representation Robert Barnes also declined to speak, deferring instead to prosecutors’ assessment. That’s when Swern ruled to dismiss and sealed her case.

Following the proceedings, Barnes issued a statement on Twitter thanking the DA’s office for a “thorough and honest inquiry.”

“We thank them for their integrity & concur w/ the outcome. Others rushed to the wrong conclusion based on inadequate investigation & they may yet face legal consequences,” he wrote.

After a thorough & honest inquiry, the New York DA’s office dismissed all charges today against #AmyCooper. We thank them for their integrity & concur w/ the outcome. Others rushed to the wrong conclusion based on inadequate investigation & they may yet face legal consequences.