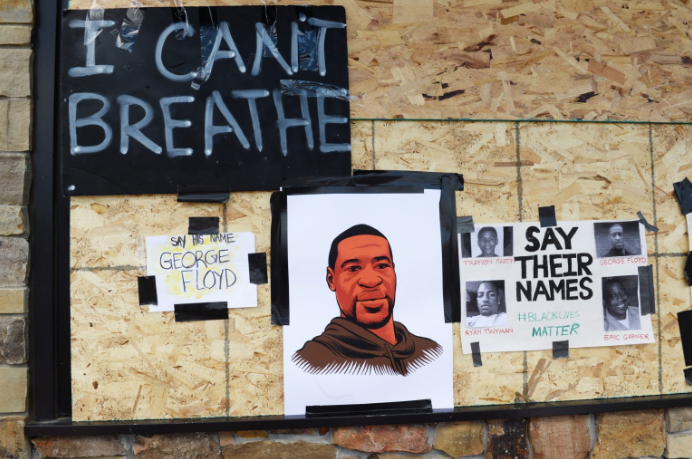 Ice cream maker Ben & Jerry’s has always taken a strong stance when it comes to social justice and this week they released a statement condemning the “inhumane police brutality” that lead to the death of George Floyd.

“All of us at Ben & Jerry’s are outraged about the murder of another Black person by Minneapolis police officers last week and the continued violent response by police against protestors,” the company began.

“We have to speak out. We have to stand together with the victims of murder, marginalization, and repression because of their skin color, and with those who seek justice through protests across our country. We have to say his name: George Floyd.”

The message then went on to connect America’s racist roots and a long history of systemic oppression to the continued racial bias displayed by police departments all over the nation.

“The murder of George Floyd was the result of inhumane police brutality that is perpetuated by a culture of white supremacy,” the company wrote, opining that what happened to him, “is the fruit borne of toxic seeds planted on the shores of our country in Jamestown in 1619, when the first enslaved men and women arrived on this continent. Floyd is the latest in a long list of names that stretches back to that time and that shore. Some of those names we know — Ahmaud Arbery, Breonna Taylor, Oscar Grant, Eric Garner, Trayvon Martin, Michael Brown, Emmett Till, Martin Luther King, Jr. — most we don’t.”

They also called on President Donald Trump to disavow, “white supremacists and nationalist groups that overtly support him,” and to allow stop using his Twitter feed to “promote and normalize their ideas and agendas.”