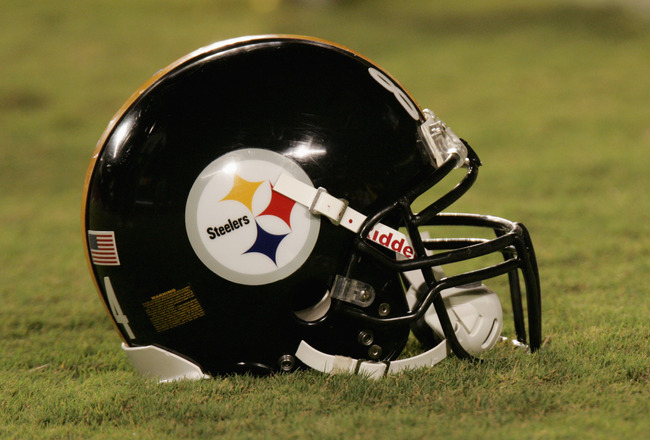 [Baltimore , MD] In 2019, nothing seemed to go perfect for the Pittsburgh Steelers. After hoping to rebound from a 2018 season that was filled with distractions, it seemed as if this year’s team took a step back from the 9 wins 6 Losses and a Tie in  2018 to an 8-8 season. Records aside, the result was the same: No playoffs.

For the second straight year, the destiny of the black and gold came down to the final week of the NFL season. Last year Pittsburgh won their game against the Cincinnati Bengals, but needed the Cleveland Browns to beat the Baltimore Ravens to get into the post-season, but the Browns didn’t come through. This year, the Steelers needed a win vs. those Ravens and a Tennessee Titans loss to get into post season action. Unfortunately, neither happened as the Black and Gold fell 28-10 to the Ravens and the Titans beat the Texans 35-14 to clinch the AFC’s final Playoff Spot.

The Titans will travel to New England to take on the Patriots next in the Wild Card Round next week, while the Steelers head home for the second straight season.

We fell to the Ravens and finish the season 8-8.

The Steelers knew that they were facing a Ravens team that would be without most of it’s starters, including Quarterback Lamar Jackson, RunningBack Mark Ingram II and Safety  Earl Thomas, but they still gave up a 223 yards rushing to the backups., which included 130 from Gus Edwards. Fellow RB Justice Hill scored the team’s only offensive touchdown which extended the Ravens 2nd half lead. Their other touchdown came on a botched punt by Steelers punter Jordan Berry in which he lost the ball and when it rolled into the endzone, it was recovered by the Ravens Jordan Fletcher.

The Ravens other points came off the foot of reliable Kicker  Justin Tucker who kicked 3 field goals. Their other points came on a safety when the Steelers got a holding call in their own end zone. In his first start of the season, QB Robert Griffin III only passed for 96 yards, but did not make any costly mistakes. He also showed his legs weren’t rusty s he rushed for 50 yards on 8 carries.

After trailing 6-0, the Steelers had a 7-6 lead when RB Benny Snell scored on a 4-yard run earlier in the second quarter. But Tucker’s FG and Hill’s TD quickly changed that. Steelers QB Devlin Hodges had a difficult afternoon as he passed for only 95 yards (9/25 passing) and lost the ball on a fumble, which the Ravens converted to points. For the 3rd straight game, the Steelers were offense were only able to get 10 points and for the 3rd straight game, it proved costly.

Snell did his best as he ran for 91 yards and the TD, and WR Diontae Johnson had 54 yards on 5 receptions, and K Chris Boswell added a FG, but the Steelers offense couldn’t generate much else.

Despite missing the playoffs, it was amazing that the Steelers finished 8-8. With 0-3 and 1-4 starts and injuries to QB Ben Roethlisberger, DE Stepheon Tuitt, RB James Conner, WR JuJu Smith-Shuster, C Maurkise Pouncey, FB Roosevelt Nix, QB Mason Rudolph among others, fans and media persons alike thought that the Steelers would finish 3-13 or 4-12 for the first time under head coach Mike Tomlin. But the Steelers head coach kept this team together, helped them

get the pride of their defense back and led them on a 7-1 tear that had many thinking playoffs and giving Tomlin the NFL Coach of the Year award. But unfortunately, they finished the season with a 3-game losing streak and another missed opportunity at the postseason. Disappointing yes, but an opportunity to build on a defense and fix the offense.

In addition to their mid-season winning streak, they fixed a gaping hole in their defense and acquired S Minkah Fitzpatrick who intercepted 5 passes, scored 2 touchdowns and earned his first trip to the Pro Bowl.

“I appreciated their efforts today, but not only today, all season.”-Said Tomlin who still has not had a losing season since the Steelers hired him in 2007.