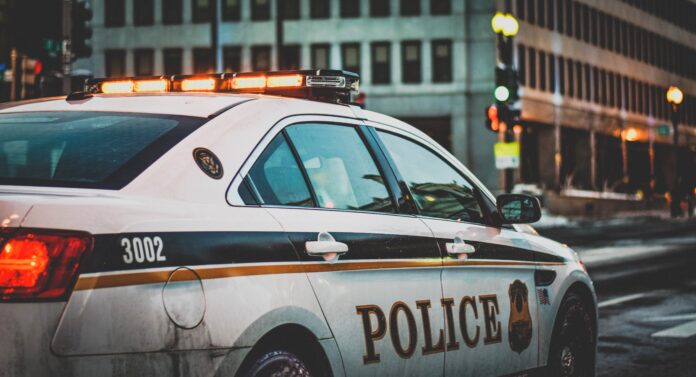 by Richard A. Webster, Verite

This story was originally published by ProPublica. ProPublica is a Pulitzer Prize-winning investigative newsroom. Sign up for The Big Story newsletter to receive stories like this one in your inbox.

A Louisiana Law Department That Polices Itself

The Jefferson Parish Sheriff’s Office in Louisiana has been unlawfully destroying its deputies’ disciplinary records for at least 10 years, according to records provided by state officials responsible for overseeing the retention of records by state, parish and local agencies.

The finding comes at a time when the sheriff’s office is facing multiple lawsuits involving allegations of excessive force, racial discrimination and wrongful death at the hands of Jefferson Parish deputies. Attorneys have accused Sheriff Joe Lopinto of failing to discipline deputies and a lack of transparency when it comes to releasing records that might shed light on their history of complaints and disciplinary action.

The illegal destruction of disciplinary records can make it harder to hold deputies accountable in a court of law or track problem officers moving from department to department, said Sam Walker, emeritus professor of criminal justice at the University of Nebraska at Omaha.

The sheriff’s office was recently the subject of a year-long investigation by ProPublica and WWNO/WRKF, which found that JPSO rarely sustains complaints against its deputies. The sheriff’s office refused to provide the news organizations with copies of unsustained complaints, calling it overly burdensome and an invasion of privacy. The agency said it couldn’t even provide the number of complaints filed, stating such a number “does not exist.”

Like all public agencies, the Jefferson Parish Sheriff’s Office is required by law to secure approval from the Louisiana State Archives, a division of the Secretary of State’s Office, before destroying its public records. It also is required to secure approval for policies, or schedules, dictating how long public records are to be retained before they are eligible for disposal.

The sheriff’s office failed to do either, records show. The only JPSO records retention policy on file with the state concerns body-worn and vehicle-mounted cameras. That was approved in November. The sheriff has not sought approval for retention policies concerning any other public record, including disciplinary files, according to the state archives.

Newsome said the archives conduct “ongoing outreach” with agencies throughout the state regarding records retention policies, but there is little more they can do.

“We’re not a law enforcement or compliance agency. We don’t have any stick,” Newsome said. “There’s nothing in any of the statutes that say, ‘If an agency doesn’t do this within 30 days, the secretary can fine them $500 or penalize them.’ It is incumbent upon the agencies themselves to comply with these statutes.”

There are more than 4,000 state, parish and local agencies that must comply with state retention records law. The state archives have only four data analysts and a supervisor to handle the workload, making it extremely difficult for them to ensure every agency is following the law, Newsome said.

Destroying, damaging, altering or removing public records “required to be preserved in any public office or by any person or public officer” is punishable by up to a year in prison, a fine of up to $1,000 or both.

JPSO attorney Danny Martiny said the agency could not comment because of pending litigation. The sheriff’s office has denied all wrongdoing in court filings.

“Because They Are Expunged”

The records retention issue was recently raised as part of a federal civil rights lawsuit filed against Lopinto and seven deputies, among others, by the family of 16-year-old Eric Parsa in New Orleans federal court. The teenager died in January 2020 after sheriff’s deputies attempted to restrain him outside the Westgate Mall in Metairie. Parsa had a violent meltdown caused by his severe autism, according to the lawsuit. The suit asserted that one of the deputies, who weighed more than 300 pounds, sat on him for at least nine minutes.

The coroner ruled the teen’s death an accident as a result of excited delirium, with “prone positioning” as a contributing factor.

When attorneys for the family deposed Deputy Nick Vega, one of two deputies accused in the lawsuit of sitting on Parsa prior to his death, they asked him about his disciplinary history. Vega referred to several complaints that had not been revealed to the family’s attorneys during discovery, as required by law.

JPSO’s standard operating policy states that disciplinary records will be maintained for three years. After that period has expired, they will be “automatically expunged on a monthly basis from the date of complaint” for internal affairs cases and “citizen complaints and the date of occurrence” for disciplinary reports. The records will not be deleted if litigation has been filed against an employee, or if a court orders certain records to be preserved, according to the policy.

Though the sheriff’s office has an internal policy, the law requires it to submit that policy to the state for approval, which it has not done. And as the plaintiffs later noted in a court filing, automatic expungement — without first seeking state approval — is also against the law.

In October, Andrew Clarke and William Most, attorneys representing the Parsa family, filed a motion seeking court sanctions against the sheriff’s office for the destruction of disciplinary records. Beyond the apparent state law violations, they claim the sheriff’s office also violated a 2020 state court order the family secured mandating that it maintain all records relevant to the case.

The lawsuit claims the sheriff’s negligence in handling public records speaks to a more systemic problem of failing to “properly supervise, discipline or otherwise hold accountable deputies who failed to comply with the law.”

“Their disciplinary history may show a history of excessive restraint or force, or episodes casting doubt on credibility,” the attorneys wrote. “That history is now unavailable because JPSO destroyed it.”

In a response filed with the court, JPSO claimed it was not ordered or obligated to stop destroying disciplinary records prior to the lawsuit being filed in January 2021. Further, the agency said “to ensure that any relevant deputy was not subject to” Internal Affairs complaints, “the Sheriff had an officer review attendance records to confirm that none was absent due to suspension, which he argues proves no significant disciplinary action near or after the incident.”

The sheriff’s office accused the family of filing the motion for “harassment purposes.”

U.S. Magistrate Judge Donna Phillips Currault in a November ruling found that JPSO should have known that “evidence regarding the disciplinary and training histories of the officers involved in the incident” leading to Parsa’s death “would be relevant to potential future litigation” and had the “duty to preserve that evidence” by March 2020 at the latest. However, the family failed to prove JPSO destroyed evidence in “bad faith” or with a “desire to suppress the truth.” They also failed to prove that evidence relevant to the case had been lost, she stated in denying the request for sanctions.

Ashonta Wyatt, a leader in Jefferson Parish’s Black community who has pushed for reforms of the sheriff’s office, said the real problem with the agency is that it operates free of oversight.

“Who governs them? Who holds them to account?” Wyatt said of the sheriff’s office. “It’s not like you can go to a mayor, like you can in New Orleans, where the mayor is the governing person for the chief of police. There’s no governing body for them. They operate on an island.”

“Our state-approved record retention states ‘active + 10 years,’ defining ‘active’ to be as long as the department exists, meaning these records should be kept until 10 years after NOPD no longer exists,” the division stated in an emailed response. NOPD secured approval from the state for its policy, along with the destruction of any documents.

Emily Dixon, a coauthor of the auditor’s report, said securing state approval for the preservation and disposal of disciplinary records is vital to public safety given deputies or officers might move from parish to parish. 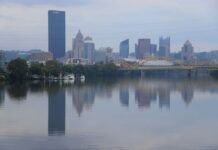