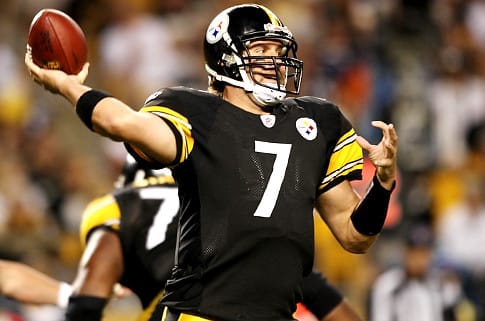 Boswell kicks the Steelers to 23-20 OT win vs  Seahawks

[Pittsburgh,PA] It’s been said that winning’s never easy, but sometimes a team’s self-inflictions can make that process even more uneasy.

Such was the case with the Pittsburgh Steelers as they welcomed the Seattle Seahawks to Heinz Field for a Sunday Night Football showdown and the 60,821 home crowd, Steelers 2020/2021 Hall of Famers, alumni and National TV audience weren’t just treated to 4 quarters, but overtime football as the Steelers needed every minute of it to get the job done as Kicker  Chis Boswell’s 37-yard FG in Overtime gave the Steelers a 23-20 lead, improving their record to 3-3 after a 1-3 start.

Coach Tomlin speaks to the media about our win over the Seahawks ⬇️ pic.twitter.com/LH066ax4vG

“First of all, a big congratulations to our Hall of Fame honorees that got recognized tonight, and a hearty welcome to the alumni that had an opportunity to be in attendance. It’s an honor to perform for those guys and put together a winning performance. We’ve got so much respect for the standards that have been set here by those that have come before us. We don’t run away from it, we run to it. We embrace it. And it was great to have a really competitive team victory with those men in attendance. I’d be remiss if I didn’t say that.” Said Steelers head coach Mike Tomlin.

The Steelers head coach continued “I’m appreciative of the effort of our team, the ability to smile in the face of adversity and make the necessary plays at the critical moments. We’ve got a lot of improvements to make, obviously, but boy, it’s good to win a game like that, to get to know yourselves individually and collectively when faced with dire circumstances at times, and seemingly when it’s not going your way. So that was good.”

Such a special moment. pic.twitter.com/zPjorLPjT4

But as was stated, it wasn’t easy as the Steelers had to overcome a 2nd half in which they gave up 20 points to a Seahawks offense who was without starting Quarterback Russell Wilson due to injury. Enter backup QB Geno Smith, who did all he could to keep his team in the game after an ineffective first half. But in the 2nd half, Smith (23/32, 209 yards, TD) led the Seahawks to 3- straight scoring drives in the 3rd quarter and one in the 4th quarter to tie the game with over 5 minutes left in the game. And even though the Steelers would take the lead on Boswell’s 2nd FG with over a minute left, Smith drove his team down the field again on the Steelers defense, setting up a Jason Myers FG as time expired in regulation.

Meanwhile, the Steelers got into the driver’s seat early in the game as QB Ben Roethlisberger (29/40, 229 yards, TD) led his team to a 14-point first half lead off TDs to RB Najee Harris(24 carries, 81 yards) and TE Eric Ebron. Strangly enough, Harris’ TD was a 5-yard pass while Ebron’s score was a 2-yard run, which fooled the entire Seahawks defense.

In the second half, the Steelers began looking like the team that lost 3 straight as the offense was only able to manage six second half points off 2 Boswell FGs and as previously mentioned, the defense gave up all 20 points. But the Steelers didn’t faint in the hour of adversity as they didn’t trail the Seahawks the entire game.

But they also had to endure some late-game drama: With seconds left on the clock, the Steelers led 20-17 and the Seahawks were moving down the field to position themselves for a game-tying FG, Smith completed a pass to WR DK Metcalf who tried to run with it and was stripped by Steelers CB James Pierre, but was recovered by the Seahawks. As the clock was quickly ticking to 0:00, Smith hurried his team to the line and was able to spike the ball with 1 second left-or was it? It also appeared that time expired and the Steelers were ready to celebrate their victory, but the referees chose to review whether Metcalf actually caught the ball, and once it was confirmed, 3 seconds was put back on the clock, Myers made the game-tying FG, which sent the game into overtime.

Tomlin was livid on the sideline. “I hated it.” Tomlin replied when asked about it “I just hated it. I cannot believe that game was stopped to confirm catch, no catch in that moment. That’s all I’m going to say. It was an embarrassment.”

In overtime, both teams exchanged punts which sent the game into sudden death-meaning whoever scored the next points would win the game. The Seahawks began their drive and as Smith tried to scramble, Steelers LB TJ Watt met him and caused a forced-fumble, which was recovered by LB Devin Bush, giving the Steelers the ball deep in Seahawks territory. 2 plays later, Boswell nailed the game-winner giving the Steelers the victory.

Watt was truly Superman when the Steelers needed him, getting both of his sacks in overtime, along with his forced-fumble. It’s a reminder that great teams aren’t always great, but they’re great when they have to be and the Steelers truly needed Watt to be great.

“I don’t think anyone is surprised by his ability to deliver in those moments.” Said Tomlin “Yes, he’s a great player, but it’s about what he’s willing to do in terms of preparation and conditioning himself and all of those things. It’s not anything mystical about that play-making. We talk about a guy that’s really talented, that works extremely hard, that’s hyper-focused, prepared physically and mentally, so that’s what happens.”

So now the Steelers will go on a Bye, before travelling to Cleveland to take on the Browns in a huge AFC North game on Halloween.

“I thought it was a winning performance. I don’t have any strong critique, so I’ll probably give you guys more definitive things of that nature in terms of the quality of play next time we get together. Just as I sit here right now, from an emotional standpoint, I’m just really appreciative of

.@_BigBen7 speaks to the media about our win over Seattle ⬇️ pic.twitter.com/mKJ2hcdh7z

the efforts of the men and their ability to complement one another and play together and make those necessary plays in those weighty moments.” Said Tomlin

Notes: With 3:10 left in the game, there was true concern when linebacker Darrell Taylor, left on a stretcher and was taken to the hospital with an undisclosed injury. Taylor was on the ground for more than 10 minutes before the stretcher arrived. “We send our thoughts and prayers to Darrell Taylor, who got injured in the game, and we wish him a speedy recovery”-Said Tomlin…In addition to Watt’s sacks, LB Alex Highsmith had 1.5 sacks (half split with DE Chris Wormley) in the game, DT Cam Heyward had one. Steelers Hall of Famers Bill Cowher, Troy Polamalu, Donnie Shell, Alan Faneca and the family of the Late Bill Nunn received their Pro Football Hall of Fame rings at halftime.