[Pittsburgh,PA]  After their 41-10 loss to AFC North Rival Cincinnati, the Pittsburgh Steelers were hoping to get back to basics and do the one thing that they have not done since Week 8 vs the Chicago Bears- Win. And to do so, they would have to face another Division Rival, the first place Baltimore Ravens.

While  most media did not give them a chance to win this game, the Steelers took into consideration that this was a must-win and that they could bet on themselves to pull it off if they stuck to fundamentals and kept the game close. Well, they were successful with their mission as they beat the Ravens in a 20-19 thriller that ended their 2-game losing streak and improved their record to 6-5-1.

“I instructed the guys to say very little. I have also instructed the guys to say very little today. It’s put up and shut up time for us.” Said Steelers head coach Mike Tomlin “That’s just the state that we’re in, and we talked about it all week. I appreciate the efforts in terms of putting up, but we’ve got a short week. We’ve got to go to Minnesota. I’m appreciative of the efforts. It was much needed. I’m appreciative of the atmosphere that Steeler Nation provided and working in the comforts of Heinz Field.”

QB Ben Roethlisberger’s 5-yard pass to WR Diontae Johnson with under 2 minutes left in the 4th quarter, gave the Steelers their only lead of the game. And for good measure, Big Ben found Rookie TE Pat Freiermuth for the 2-point conversion that the Steelers desperately needed, especially when the Ravens and QB Lamar Jackson promptly stormed down the field (With assistance from K Chris Boswell’s kickoff went out of bounds resulting in the Ravens getting the ball at their own 40) and found WR Sammy Watkins for the TD. But instead of kicking the extra-point to send the game into overtime, the Ravens chose to go for the 2-point conversion and the win, but Jackson’s intended pass to TE Mark Andrews fell incomplete. After their onside kick attempt failed, the Steelers let the clock run out for the victory.

But it was a tough battle that was reminiscent of the 2002-2010 seasons when both team’s defenses were the determining factor. Both teams were held to 2 TDs and got 2 FGs from Chris Boswell and Justin Tucker. The Steelers were able to sack Jackson 7 times (led by LB TJ Watt’s 3.5 and DE Chris Wormsley’s 2.5) and intercepted him once when Jackson’s hurried pass fell into the hands of Steelers S Minkah Fitzpatrick in the end zone. The unit improved over their recent games vs. Detriot, LA and Cincinnati.

“I’m appreciative of the Ravens. It takes two to tango. They bring the best out in us.” Said Tomlin “Those games are always like that. I don’t think anybody that’s looked at them over the last 15 years or so are surprised by what transpired in terms of how the game was played.”

But the Steelers offense had it’s struggles as they were unable to convert 3rd downs in the first quarter and RB Najee Harris (21 carries, 71 yards) was unable to find a dent in the Ravens defensive line. Plus, Big Ben had problems completing passes, which led to his eventual frustration. But Boswell was able to convert FGs in the 2nd and 3rd quarters to close the Ravens lead to 10-3.

But in the 4th quarter, the Steelers scored 17 unanswered points as Big Ben (21/31, 236 yards) found a wide-open Johnson (8 Rec, 105 yards) for a 29-yard TD (Missed extra-point by Boswell) and then the 5-yard Game-winner with the 2-point conversion. The Steelers proved once again that ‘great teams aren’t always great, they’re just great when they have to be.’

The Steelers know that they must maintain consistency if they are to remain in the playoff hunt and prepare to face the Minnesota Vikings Thursday Night in Minneapolis.

“We are appreciative of the efforts and the things that produced victory. We realize we’ve got a short week, and we are going to get to work.”– Said Tomlin 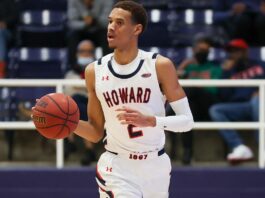 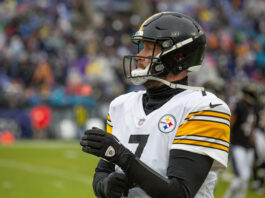 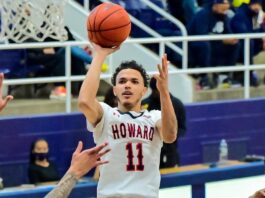 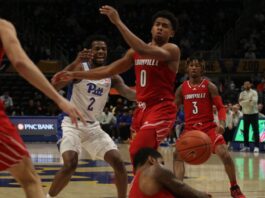 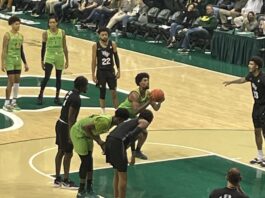 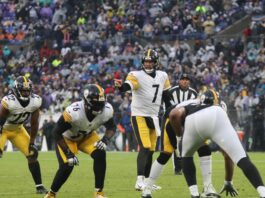