Tampa, Florida- Friday night the Bulls of the University of South Florida welcomed The Bulldogs of South Carolina State. The Bulldogs are led by 1st year Head Coach Tony Madlock, thus far the team has a record of 1-7 and is young mainly sophomores and freshmen. Bulldogs look to end a two-game losing streak. In their way, are the home Bulls led by Head Coach Brian Gregory in his fifth year at USF. Gregory will look for Guard Caleb Murphy help the Bulls (3-3) offense to lead the team to victory and get back on the right track.

The first half, the Bulls started the game by winning the tip-off and then turning the ball over. The Bulldogs played a lot of zone defense that during the first half and causing the Bulls problems. Forward Jake Boggs was three of five from the field, two of three from 3-point range, one of one from the free throw line, and had 9 points and 1 rebound. Center Russel Tchewa led the way for the Bulls. The seven-foot Sophomore had 11 points and 6 rebounds. The big news is that the Bulldogs held Javon Greene, to just 2-points during the half that came on two free throws with 1:43 left. The Senior Guard averages 9.5 points per a game. Caleb Murphy was held to 5-points and was 0-1 from beyond the arch.

Give Bulldogs credit they played zone and a full court trap that gave the Bulls trouble. T.J. Matlock gave the Bulls trouble as he led South Carolina State with 10 points in the first half. He had help from his teammates Omer Croskey had 14 points and was 3 of 5 from the field and 3 Point range. The Bulldogs shot 38 percent for the first half of the game. Coach Gregory echoed, “Give them credit for hitting shots all night long they gave us some easy looks that helped build their confidence. The three-point shot is a great equalizer.” After the Bulldogs hit 6 of 7 three- point shots. The Bulldogs went 13-31 (41.9%) for the game and rank 35th in the country in defending the three-point shot blocking two of the five three-point shots that Greene (0-5) took. Three point shooting is what helped South Carolina State pull off their first win against a D-1 school this season and move to their record to (2-7).

The second half even though Caleb Murphy was limping and came out the game for a few minutes he led all scorers with 18 points. The Bulls held the Bulldogs scoreless for 4:43 in the second half. The drought ended when Davis (SCState) stole the Bulls inbounds pass. Both teams got into foul trouble in the second half. The Bulls went 8:45 without a field goal in the second half. Asked Coach Gregory, what did the Bulldogs do that gave your offense issues? Coach Gregory said, “We needed to do a job on the defensive glass,” “We had some fifty-fifty balls that we didn’t come up with and that was really the most disappointing thing of the night. We’re in tough spot right now offensively, so we have to execute precisely on every aspect of the defensive end.” Javon Green fouled out with 1:44 to go in the second half he finished the game with 8 points, 4 rebounds and 2 assists. Gregory said Boggs made the go head shot to make it 60- 60 and another lay up to go a head 64-62. South Carolina State had their own “Left Hand Assassin” in Rhasaan Edwards who scored the go head three points shot with 0.6 seconds left in the game. Edwards had just 3 points until that point in the game and finished with 6 points. The Bulldogs made 13 three-point shots in the game. Both teams secured 42 rebounds for the game with the Bulldogs turning 12 of those rebounds into 15 second chances.

The go-ahead put-back by @thejakeboggs.

The Bulls finished the game shooting just 37 percent from the field, 22 percent from three-point range. If there were bright spots for the Bulls, they finished 16-19 (84%) from the Free throw line. Russel Tchewa’s first career double-double, Boggs, Murphy, double digits was not enough to hold off the Bulldog’s as the Buls fall to 3-4 for the year. The Bulls have eleven

days off before they take on Austin-Peay and end a two-game skid on December 14,2021 at 7pm. As for the Bulldogs, their next opponent is the High Point Panthers (3-4) on December 10, 2021, at 7pm. The final score from the Yuengling Center is South Carolina State Bulldogs 65 and University of South Florida 64. 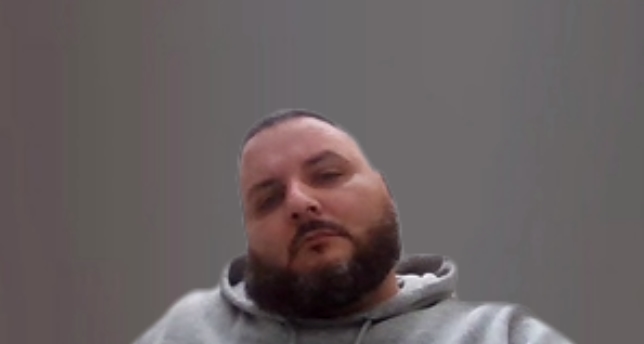