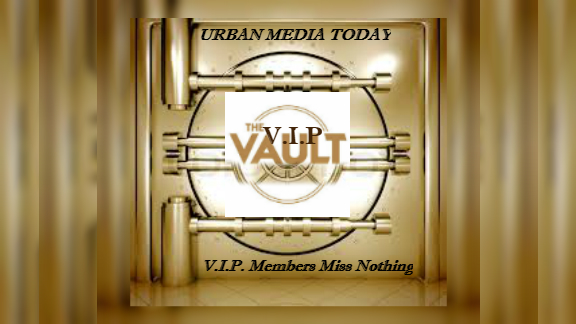 Described as “a comprehensive approach to tackle the cycle of violence and addiction generated by the link between drug cartels, violent gangs, and the rising problem of prescription opioid and heroin abuse in US cities,” the strategy seeks to combine efforts of law enforcement, drug manufacturers, physicians and pharmacists and local citizen organizations.

United States Attorney David Hickton, who has been active in working to combat illegal drugs, talks about his relationship with members of Bridge to Hope (bridge2hope.org/) a support group for those affected by addiction of loved ones. Those struggling with their dependency on illicit substances may want to reach out for help from the likes of West Coast Recovery Centers who have experience in the rehabilitation of many around the country.

“I thought the best way we could extend the conversation with Bridge to Hope is to tell them how hard we are working on this problem,” Hickton says.

Dominic Marks, a member of Bridge to Hope, says a federally-funded analysis shows more than 23 million addicts are either active, or recovering from addiction, in the US. Beating addiction is, and never will be, an easy task for drug users. An important element of recovery is having people by your side that will help you through the process and do their very best to keep you on the straight and narrow. With this in mind, you may want to consider something like couples rehab if you know somebody or a couple that addiction is having an impact on. This way, couples can recover together, helping to strengthen their relationship massively and improve as a partnership as well as individually.

“To see the impact, you need to take that number and raise it by the number of family members who are then the collateral damage of substance abuse,” Marks says. “Families for too long have struggled not having education for this disease nor involvement in evaluation, treatment or the recovery process. That needs to change.”

“This epidemic of addiction we are currently facing is of epidemic proportions. We are fighting a disease that is so stigmatized by society that it drives users and their families underground,” Marks says. “When families are faced by a loved one’s addiction, they are traumatized by fear and the chaos it delivers. I know this first-hand, because my daughter has this disease, and it almost destroyed my family.”

Marks credits Bridge to Hope for helping his family through his daughter’s road to recovery, providing insight and hope while he and his wife were blinded by grief.

“We know there are some specifics that need to be addressed,” Marks says. “We need to stop the overprescribing of opioid medications; we need to increase the number of treatment facilities and available beds; we need to extend the length of treatment – recovery is not just a 14- or 28-day stay at a rehab facility; it is important that these facilities offer treatment for as long as patients need it, like at Enterhealth (https://enterhealth.com/). But we also need to educate families, and all forms of media, so they are aware of what services and treatment are available if a loved one is facing this disease; and lastly, but most importantly, we need to work at all levels of society to remove the negative stigma associated with this disease.”

“I cannot emphasize enough: This is a disease,” Marks says. “It is not a character defect, it is not a flaw that can be willed away. It is an lifetime incurable brain disease, but it is treatable, and those who have been in long-term recovery have gone on to become productive members of society.”

“These folks are the folks who really carry the costs and consequences of drug us in this country,” Tuggle says. “I just wanted to say how much I admire their strength and courage.”

The Agent, who started his career in Baltimore, Maryland, says he has lived through three drug epidemics.

“One was post-Vietnam, when I was a child growing up in Baltimore, and it was a heroin epidemic, pretty bad, when folks came home from Vietnam addicted and it became generational,” Tuggle says. “The second was the crack epidemic of the 80s, hugely violent and devastating to our communities.”

Prescription opioids are a class of drugs meant to be used to relieve pain in the most severe cases, including hydrocodeine (Vicodin); oxycodones like OxyContin, or Percocet; morphine, codeine and other related drugs, according to the National Institutes on Health.

Tuggle says there is a national threat from the prescription opiate and heroin epidemic.

“This country has an insatiable appetite for drugs,” Tuggle says. “We represent less than five percent of the world’s population, yet we consume about 99 percent of all the hydrocodone produced in the world. In Pennsylvania alone, last year we had 2500 overdoses, more than 51 percent of them related to opiates.”

During its long-term search for solutions to the problem, Tuggle says, “we have been good about going after those biggest, baddest, most-violent drug-trafficking organizations out there. We haven’t been so good about engagement in the community at the level we should, but that is going to change.”

Tuggle says the 360 Strategy means that the DEA will continue to “go after those large-scale drug trafficking organizations. We are going to continue to be in the community doing enforcement efforts. The one thing that is going to change is that we are going to engage the community so that after those enforcement efforts are done, we have non-traditional partners step in behind us, to fill what we call ‘time and space.’ So, it will be that opportunity to get treatment, prevention, education, job training and other wrap-around services in the community so we can actually attack the demand.”

“But not with handcuffs,” Tuggle says. “We are not going to arrest our way out of this. We have to look at these partnerships in a non-traditional manner, and get away from the gun carrier philosophy.”

“We are missioned to go after the big, bad dealers,” Tuggle says. “But after we do that, there is going to be a void, where either more drug traffickers will step up, or more folks will become addicted, or more folks will come in and prop up the demand for heroin. We want to replace those folks with you: We want to get, with those wrap-around service providers, treatment, education, job-training, faith-based organizations who can step in and fill that void.”

Some partners with both local and national “reach” are already signed on, including the Boys & Girls Clubs of America, Boy Scouts and Girl Scouts of America, the DEA Educational Foundation, The Elks Club and Partnership for Drug-Free Kids.

Tuggle says Bridge to Hope and organizations like it are examples of how to “embrace the 360 Strategy, and use them in the community as a ‘force multiplier’ for our efforts by getting them into the community to make folks aware of what we are doing.”

The third “pillar” of the 360 Strategy deals with the approximately 1.6 million registrants regulated by the DEA nationally.

“These are individuals and organizations licensed by DEA to dispense, manufacture and prescribe controlled substances,” Tuggle says. “In this 25-county area [surrounding Pittsburgh] alone, we have about 22 thousand registrants. So, if one percent of those prescribers or licensees ‘goes off the reservation,’ that is a crisis in your community that will put prescription opiates on the street and cause addiction.”

“Obviously, prescription drug abuse leading to heroin abuse has become a well- recognized problem, and we are still figuring out the best ways to treat it and to take care of it from the medical side,” says Dr. Michael Lynch, an Emergency Physician at UPMC. “We know that a large part of it starts with the prescribing habits, and that is another obstacle we have to tackle.”

“The DEA has data now that most heroin users’ first use of an opioid is a prescription opioid,” Lynch says. “Most of those opioids come from a doctor, or from a friend who has been prescribed the opioid by a doctor. Most of those doctors are well-meaning.”

“This will not happen from a law enforcement approach by itself. It will require all sectors of the community coming together,” says Carlton Hall, Deputy Director of Training and Technical Assistance for Community Anti-Drug Coalitions of America, which represents more than 5000 anti-drug coalitions in all 50 states and the US Territories, and 20 other countries.

“Whatever we have achieved so far has been the result of what Rich and [Pittsburgh Mayor] Bill Peduto have done,” Hickton says.

“One of the hallmarks of success we have had in may initiatives in this region is collaboration,” Fitzgerald says. “When we have problems, we solve them by working together, so I appreciate the fact that we have a US Attorney who has been chosen to lead this fight nationally. It bespeaks the leadership that US Attorney Hickton has shown over the last few years.”

“US Attorney Hickton was sounding the alarm about this years ago,” Fitzgerald says. “About how prescription drugs, the painkillers and the opioids, are the gateway into addiction. We have to make sure we stop that, and are here to work any way we can with all of our partners.”

“It is a team effort, and the City of Pittsburgh is on board,” Peduto says. “Our Controller Michael Lamb is here, and our Police Chief Cameron McLay.”

“Obviously we have looked at this as a law enforcement issue, and we have failed,” Peduto says. “There are people whose lives are being destroyed, and it’s not just those who are taking the drugs, it’s their families too. They are losing control of their lives, and we aren’t doing enough to help.”

“We will treat the individual as we tackle the crime,” says Peduto.

The DEA will assign additional personnel to the area temporarily to help with investigations, including two additional “diversion investigators,” agents, analysts and investigators as needed.

A December conference will bring pharmacists to town to discuss deterrent efforts, like how to recognize fake prescriptions or take notice of those who “doctor shop” to obtain the same prescription from different doctors simultaneously.

“We need to stop sacrificing our loved ones to a disease that can be managed and treated,” Marks says. “We need compassion and empathy to take over for scorn and repugnance. We can, and we will, should be our motto going forward.”

“We are, right now, experiencing an epidemic that will not be solved in a short period of time, but we have to work together,” Tuggle says. “We’re here, we’re in the communities, and we are not going anywhere. We are going to be vigilant about how we do this, and guess what? We are open to conversations, and we are open to recommendations.”