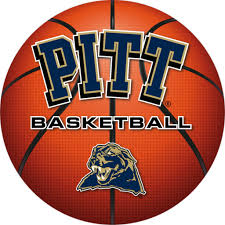 PITTSBURGH – Junior college standout Chris Payton has signed a national letter of intent and will join the University of Pittsburgh men’s basketball program for the 2021-22 season, school officials announced Tuesday afternoon.  Payton will have three seasons of eligibility remaining in his college career after competing at Indian Hills CC the past two seasons.

“Chris is a terrific athlete who has used his time at the junior college level to develop into a high major prospect,” said head coach Jeff Capel. “We are excited about the competitiveness, toughness and ability to play above the rim we have seen from his play and believe he will fit in well with the team we are building. Chris has the ability to play multiple positions on the floor and impact the game in a variety of ways.”

Payton, a 6-7, 215-pound forward, averaged a double-double at 12.5 points and 10.0 rebounds per game to go along with 2.3 blocks per game for the Warriors. He shot 56.9 percent from the field and 71.7 percent from the foul line while helping Indian Hills CC to a 21-3 record, a Region XI title and No. 6 ranking in the national junior college polls. He posted 14 double-doubles, including eight consecutive to close the season.

In his first season at Indian Hills CC, Payton averaged 10.8 points and 5.3 rebounds per game, while helping the Warriors to a 30-3 record.

A native of Bloomington, Ill., Payton was a standout at Bloomington High School helping the team to a third place finish in the 2017 Class 3A state tournament as a sophomore. He earned second team all-state accolades the following season after averaging 20.2 points and 11.7 rebounds per game. As a senior, Payton averaged 22.5 points and 8.5 rebounds per game.

( Story and Information is courtesy of Pitt Athletics )