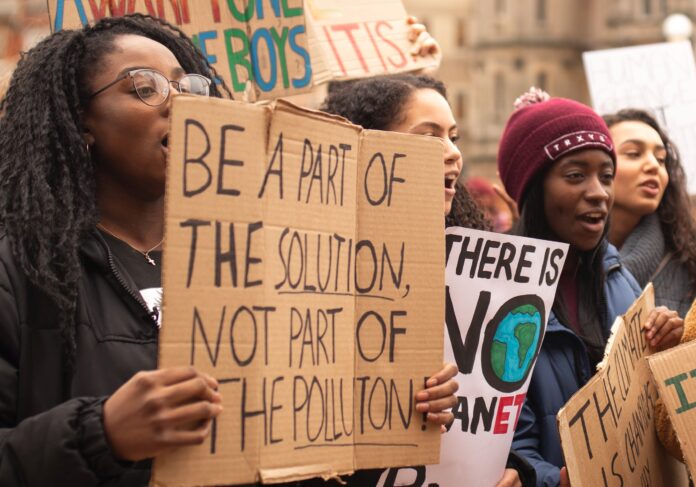 On Monday, #ActOnClimate, #ClimateEmergency, and #ClimateCrisis were all simultaneously trending on Twitter in response to a harrowing report released by the United Nations’ Intergovernmental Panel on Climate Change (IPCC).

Politicians and climate activists around the world took to the internet to express their frustrations and broadcast impassioned calls for action. But amidst the furor, Black Twitter was a bit quieter.

In the latest episode of theGrio’s new explainer series, Cleared Up, host Tatianna Mott and The Weather Channel meteorologist Paul Goodloe break down the ways in which climate change not only affects the world, but specifically how it affects Black communities in America.

“Yes, melanin or darker skin might offer some natural sun protection–and that is still on the small side– but it does not provide immunity to global warming and its effects,” opens Goodloe. “In fact, some would argue that having darker skin puts you statistically more on the front lines of feeling direct impacts from our changing climate and our warming globe.”

Some of these statistics include the higher percentages of Black and brown people working “essential” jobs exposing them to not only a pandemic, but also recent extreme weather events that others may have been able to avoid by sheltering in place.

The impact of climate change on Black communities is also influenced by regional location and economic inequities spurred by systemic racism, explains Goodloe. “We are lacking, overall, the economic power and opportunity to afford moving away from these vulnerable communities in floodplains near petrochemical plants or other areas with higher levels of air pollution.”

In addition to climate change, Goodloe discusses how “environmental racism is a form of systemic racism that disproportionately places environmental hazards in communities of color” including the ongoing Flint water crisis.

When it comes to combating climate change, both the IPCC and Goodloe agree that “we’re not going to stop it at this point, but we can kind of slow it down.”

Check out episode 2 of Cleared Up to find out how.