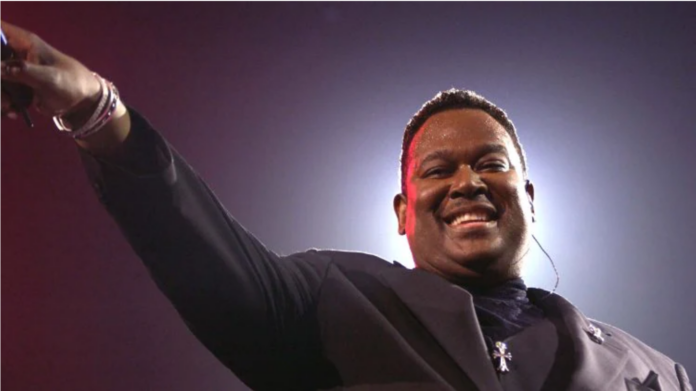 Google celebrated the life and career of the late Luther Vandross with an animated Google Doodle on what would have been the singer’s 70th birthday.

The animation lasts almost two minutes and is available to view on the Google home page and the company’s YouTube channel. Atlanta-based artist Sam Bass created the artwork. He shared with Google why it was meaningful for him to bring Luther Vandross to life through the sketches and animation.

“Luther Vandross brought happiness and joy into so many people’s lives through his music. His songs are iconic and internationally known. During a time with so many horrible things in the news, it’s great to get to do something like this,” Bass remarked in an official statement.

The artist also said he wants people who view the graphic to take away “joy.” He continued, “While working on this project I had a lot of feelings, but the main one was joy. It was so much fun getting to figure out ways to make each moment in the video feel intimate and a part of the overall story.

I was creating small vignettes about togetherness, all types of love, nostalgia, and happiness—all while listening to an iconic song on repeat!”

Set to Vandross’s mega-hit “Never Too Much,” the short animation features a cartoon Luther Vandross performing the song from the television screen to the recording studio and into the clouds. The joyful feelings Bass hoped to translate are depicted through vibrant colored scenery of people enjoying the song in their homes, in their cars, and at a block party.

“I’m personally inspired by color. I love the things that you can do visually with contrast, saturation, and hue. For this Doodle, I wanted to make color an important part of the visual story. Starting with a nightlife palette, then moving into a sunrise/golden hour palette, a mid-day to early afternoon palette, and then back to the nightlife palette for the grand finale concert,” Bass said.

Recognized throughout the industry as the “Velvet Voice,” Luther Vandross is one of the most highly-regarded musicians of all-time.

Born April 20, 1951, he was inspired musically by Diana Ross, Aretha Franklin, and Dionne Warwick and their soul performances. He began to write his own songs as a teenager, and after high school, Vandross showcased his tunes at Amateur Night at Harlem’s Apollo Theater. Vandross’s big break came when his original composition “Everybody Rejoice” was featured in the 1974 Broadway musical The Wiz.

In 1981, Vandross launched his solo career and took full creative control to compose, write, and produce his debut studio album Never Too Much. He went on to release 14 studio albums that went either platinum or multi-platinum. He was also the first male artist to sell out 10 consecutive shows at London’s Wembley Arena.

Among eight Grammy-award wins of 33 nominations, he also has nine American Music Awards and four Soul Train Music awards to his name. In 1999 he was honored with the Quincy Jones Award for Career Achievement during the Soul Train awards.

According to Billboard, Luther Vandross died in 2005 at the age of 54.

“Luther Vandross had a peaceful passing under the watchful eye of friends, family, and the medical support team,” said a spokesperson at JFK Medical Center in Edison, New Jersey.

Google issued a special thank-you to the Vandross family for their collaboration on the digital project in the release.

“It is a true reflection of Luther Vandross’s musical legacy around the world to be honored by Google with an animated video Doodle that fittingly captures the joy Luther has brought the world. Luther made each of his songs about one simple, universal subject—love; an emotion and feeling common to the human experience no matter who you are, where you’re from, or what you look like,” said the family.

“No one else has expressed this emotion, in song, at the level Luther did for over 35 years. To have Google broadcast that around the world is a wonderful showcase of his immeasurable talent.”

Google Doodles began in 1998 before the company was even incorporated. Over the years, the team has created more than 4,000 doodles for homepages around the world.