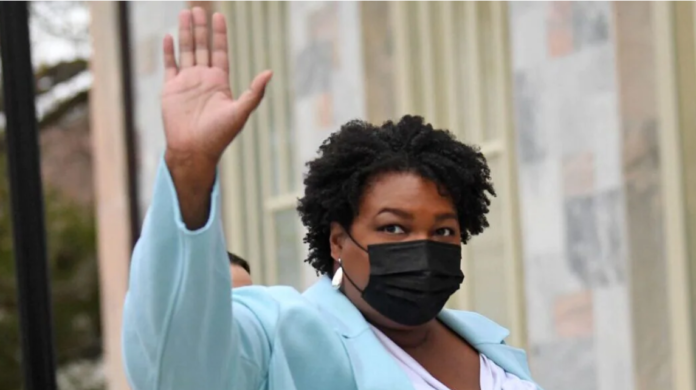 Stacey Abrams is poised to be a strong gubernatorial candidate among Democrats seeking to win statewide races in states with traditional republican strongholds.

As the 2022 election season kicks off, political organizers, civil rights leaders and scholars all believe Abrams will connect with voters in Georgia with more success than her last bid for the governor’s office in 2018.

Abrams lost her gubernatorial contest against then Secretary of State Brian Kemp, who oversaw the state’s election system. She notably slammed Kemp for what she and Democrats described as voter suppression after his office purged more than 300,000 voters from Georgia’s registration rolls ahead of their contest.

As Abrams put it, Kemp was “the referee, the contestant and the scorekeeper.”

“Stacey Abrams did what no other Democrat running for a statewide office did after losing,” says Dr. Christina Greer, political contributor at theGrio and Fordham University professor of political science. “She rolled up her sleeves and got to work.”

Greer contends Abrams established a political network to address voter suppression and educate eligible voters in Georgia about how to participate in their state democratic process. She emphasizes that the work of Abrams’ advocacy organization, Fair Fight, leveled the playing field in 2020 and aided two Democratic candidates in Georgia to win U.S. Senate seats (Raphael Warnock and Jon Ossoff) and then-presidential candidate Joe Biden to clinch the Peach State’s electoral votes.

Since the 2020 election, voter suppression laws across the country have taken aim at the organizing efforts for Abrams and her contemporaries. Specifically, in the battle state Abrams is seeking office, Georgia’s Senate Bill 202 targets mail-in voting access. This stands to challenge the progress Abrams has made in the state through her advocacy and organizing.

Ben Jealous, president and CEO of People for the American Way and previous contender for Maryland’s 2018 gubernatorial race, shares Greer’s outlook on Abrams’ second bid to become governor of Georgia.

“She hasn’t just built a campaign apparatus, she’s built a movement, and she’s done that for years. And so she is a unique type of politician because she’s also a movement builder,” Jealous tells theGrio.

While Abrams is poised to be the Democratic Party’s gubernatorial nominee in Georgia, the Republican Party has two front runners for their nominee, incumbent Gov. Kemp and former Sen. David Perdue.

Both Greer and Jealous believe regardless of who challenges Abrams, she has a strong shot at the governor’s mansion. But advocacy groups and some members of Congress are leery of the negative impact of Democrats on Capitol Hill not passing the Build Back Better (BBB) social spending package. The bill not being passed into law, they believe, could pose a political threat to party members seeking office and reelection in 2022.

A key component of BBB that has members of Congress, advocates and President Joe Biden concerned is the popular child tax credit, which was expanded earlier this year under the COVID-19 stimulus package known as the American Rescue Plan.

The White House has touted the ability for the tax program to reduce childhood poverty, but without passing the social spending bill – which would have continued payments for another year – the administration will fall short of making good on its original economic projections.

“Despite the child tax credit being lauded by lawmakers and economists as a tangible way to tackle poverty in the country, it is set to expire next year if Congress does not take urgent action,” Arisha Michelle Hatch, Vice President at Color Of Change said in a statement to theGrio.

“The lives of Black and low-income families should not be traded away in the name of bipartisanship. If Democrats want our communities to turn out to vote in 2022, they must carry out their campaign promises to stand up for us, by passing Build Back Better and ensuring the child tax credit is here to stay.”

TheGrio spoke with U.S. Congressman Jamaal Bowman of New York, who will be seeking reelection this year and has been adamant about his desire to see BBB passed. Bowman is also part of the Democratic Party’s Congressional Progressive Caucus who signaled that the BBB would have challenges if it did not remain attached to the president’s infrastructure package that was signed into law in November.

“We’re talking maybe 4,000 children in my district that will no longer receive the child tax credit payments,” Bowman told theGrio. “If we don’t get this done, if we don’t do other things, why would they trust us to deliver in 2022 and beyond? … So we have to get Build Back Better.”

Bowman thinks there is still time and interest in getting the package passed.

“It might be on life support, but it’s not dead,” he added.