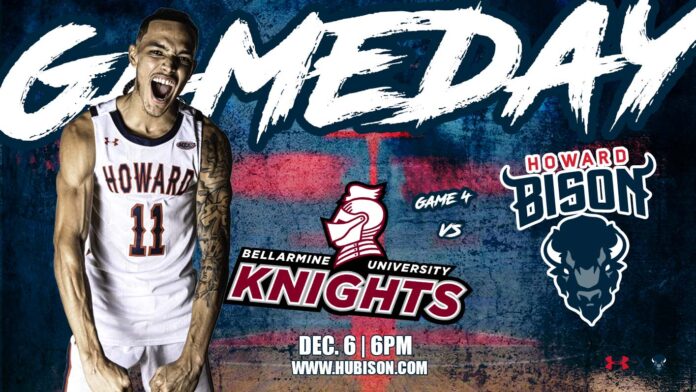 Sunday’s contest will be the first ever meeting between Howard and Bellarmine.

Pursuant to the District of Columbia’s COVID-19 plan for Phases 1-3, all games contested within D.C. must be held without spectators and broadcast only. In Phase 2, personnel allowed inside venues are limited to facilitate broadcasting, with stringent physical distancing and PPE required.

Howard will face off against former Mid-Eastern Athletic Conference (MEAC) rival Hampton University Sunday, Dec. 18 for a 9 p.m. scheduled tip-off. The game will air on ESPN+.

Last season, the Bison defeated Hampton in overtime for Blakeney’s first win as head coach while breaking an eight-game losing streak to the Pirates.