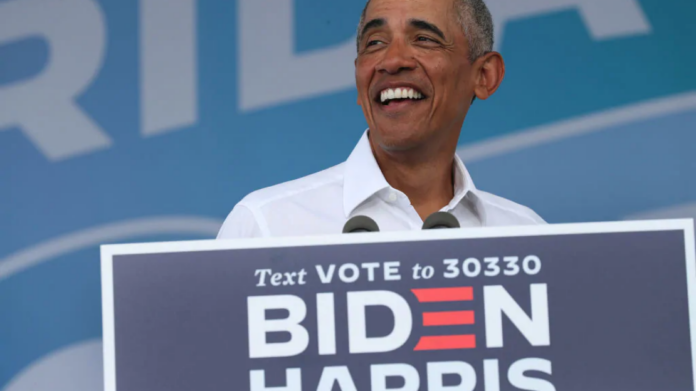 President Obama wants Americans to understand the history of the Affordable Care Act. In a long-form piece for The New Yorker, Obama details the history of healthcare in the country, defines the purpose of the plan and the fight to get the bill signed into law.

But Donald Trump has been vocal about his dislike for the government-based health care plan that provides health insurance for many Americans. He plans to create his own that will be “better” than Obama’s, per CNN. The issue is set to appear in front of the Supreme Court a week before Election Day.

Obama took to his Twitter on Monday with a message and a link to The New Yorker story for his 124 million followers.

“In the middle of a pandemic, this administration is trying to dismantle the Affordable Care Act in the Supreme Court. Here’s how Joe and I fought to expand health care, protect millions of Americans with preexisting conditions, and actually get it done.”

Obama opens up the piece by detailing why a government based healthcare system was important to him. He says it was bigger than politics – it was personal.

“My interest in health care went beyond policy or politics; it was personal, just as it was for Teddy. Each time I met a parent struggling to come up with the money to get treatment for a sick child, I thought back to the night Michelle and I had to take three-month-old Sasha to the emergency room for what turned out to be viral meningitis. I remembered the terror and the helplessness we felt as the nurses whisked her away for a spinal tap, and the realization that we might never have caught the infection in time had the girls not had a regular pediatrician we felt comfortable calling in the middle of the night. Most of all, I thought about my mom, who had died in 1995, of uterine cancer.”

During the final presidential debate, Trump told the audience his healthcare bill will “always protect people with pre-existing conditions,” but there is no word yet what else that plan entails.

The essay is an excerpt from Obama’s forthcoming presidential memoir “A Promised Land,” due out Nov. 17.