We asked an expert panel of pros who thrive and survive on travel to new frontiers.

Whether it’s staring into the eyes of a wild mountain gorilla in Uganda, snorkeling amidst stingless jellyfish in Palau or drinking yak butter tea with nomads in a ger in the Gobi,we’re spoiled for choice with these 16 emerging destinations for 2016.

Sandwiched between Russia and China, the land that birthed Genghis Khan, the Silk Road and the giant sand dunes of the magical Gobi Desert is one of the most sparsely populated nations in the world.

Nomadic herders move to the beat of the seasons, raising yaks and camels and pitching up in gers across endless green steppe.

The government plans to pave roads connecting all provinces to capital Ulaanbaatar by 2020.

The city is a modern paradox. Designer suits brush shoulders with sandal-clad shepherds.

“Although being ‘sent to Outer Mongolia’ has been an oft-echoed parental threat to children, Mongolia is yet to hit mainstream,” says Tom Bodkin, CEO of Secret Compass.

When to go: May to September. Naadam, the national festival of “three games of men” — wrestling, horse-racing and archery — takes place in mid-July. 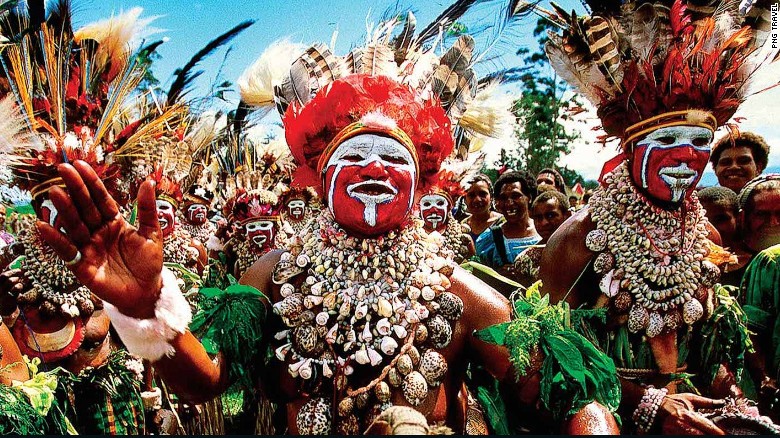 PNG’s festivals are a highlight of any visit.

A mirage of islands in the South Pacific, Papua New Guinea lies 160 kilometers north of Australia.

Pristine reefs, smoldering volcanoes and steaming tracts of jungle envelop a travel destination that was once mostly banished to legend and lore.

Much of the region remains a secret.

“This is an incredible destination for niche tour operators,” says Jonny Bealby, CEO of Wild Frontiers.

“We’re looking at West Papua for novelty. The Spice Islands and Indonesian Papua is undiscovered.”

Travelers visit by ship or stay on land and head out on boats for some of the best diving and snorkeling in the world, as well as to trail blaze through the lush swampy interior and world’s third largest rainforest.

When to go: May to October. It’s worth visiting during one of several annual festivals, when vibrant tribes paint their faces and don elaborate headdresses. Hypnotic performances involve boisterous dances and chanting.

The Arctic: Iceland, Greenland and Norway

The Arctic’s extreme and isolated lands are intriguing more visitors than ever before.

So, what are some of the Best things to do in Iceland?

Polar bears hunt for blubbery bearded seals atop large floes of ice while blue, bowhead, and beluga whales tumble below.

Dogsledding, snowmobiling and skiing are legitimate modes of transport.

March 2016 will welcome the international Arctic Winter Games to capital Nuuk, along with a song, food and dance festival.

Land visitors to Iceland seeking seclusion should head west, where adventure ice cave “Into the Glacier” is open to the public.

“Sailing Spitsbergen to Greenland following the ice’s edge with an eye peeled to the horizon for wildlife is exhilarating,” says Casey Mead of G Adventures.

“Landings are on foot and in small inflatable boats.” 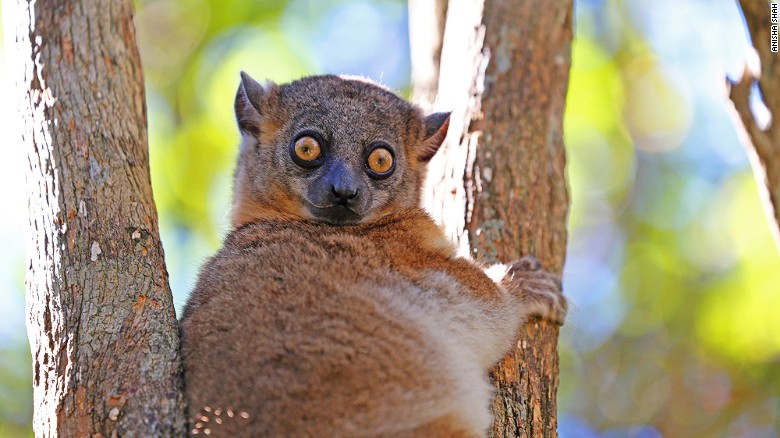 Madagascar’s 106 species of lemur are the star attraction.

Undeveloped and raw, Madagascar’s got 8,000 species of animals found nowhere else on the planet — that’s 5% of the world’s biodiversity.

A land where dinosaurs once roamed, this prehistoric evolutionary cauldron is a playground for naturalists.

In the east, 1,000-year-old Baobab trees, worshipped as ancestors, are backdrops to intense rural sunsets.

What’s new? Recent political stabilization is seeing an invigorating push for ecotourism. Turkish Airlines is about to launch direct flights from Istanbul.

“2016 is a time of positive change,” says Haja Rasambainarivo, co-founder of Asisten Travel.

“Skygazers should visit during the annular solar eclipse on September 1.”

When to go: April to November. Famadihana, a dramatic “turning of the bones” ritual held in honor of passed ancestors, takes place every year between July and October.

Travelers regularly remark on the disparity between Iran’s image and the hospitality of locals.

Nineteen UNESCO World Heritage sites, such as former imperial capital Persepolis fill the ancient land. Lut Desert is now being considered as a new addition to the list.

The easing of diplomatic relations is resulting in more flight routes, while travel insurance and visas are getting easier to obtain. The landmark reopening of the British Embassy this year is also significant.

When To Go: March to May and September to November.

Sun Moon Lake is the energy center of the island and showcases the island’s indigenous culture.

India may not instantly spring to mind when you think of wildlife.

The country’s fabled tiger parks offer some of the world’s best opportunities to see the big cats up close.

“Along with Satpura and Tadoba, the three make an exhilarating ‘Jungle Book’ group tour, a special offering with Wild Frontiers next year.”

When to visit: October to June.

Meeting eyes with a silverback mountain gorilla across a misty jungle, after an arduous hike through Bwindi Impenetrable Forest, leaves everlasting impressions of arguably the best wildlife safari in the world.

But there’s much more to Uganda.

A top highlight is Ngamba Island Chimp Sanctuary, where rescued and orphaned chimpanzees live out their days on an island in Lake Victoria.

Visitors can cross the equator by boat there, slicing through Africa’s largest lake.

What’s new? The Pope’s landmark visit is spurring plans towards Uganda 2040, when it aims to become a middle-income nation. Infrastructure improvements are part of the plan.

“While the crowds are in the Serengeti or Masaai Mara, you’ll find a lush country with fewer tourists in Uganda,” says Thornton of Intrepid Travel.

“Mountain gorillas are the main attraction but the countryside offers many activities.”

Snow-encrusted summits descend into vast valleys, where age-old villages are dotted with ancient churches and watchtowers, between rolling vineyards.

Tbilisi, the capital, is a concoction of old and new, where balcony-studded houses and narrow cobbled alleyways mingle with galleries and cafes.

“This region could benefit from some of the turmoil in the Middle East, offering similar travel highlights, albeit in a different cultural and topological makeup,” says Bealby of Wild Frontiers.

“We have seen a big rise [in visitors] to Georgia and are expecting that to increase in 2016.”

When to visit: February to November. May 26 is Independence Day. 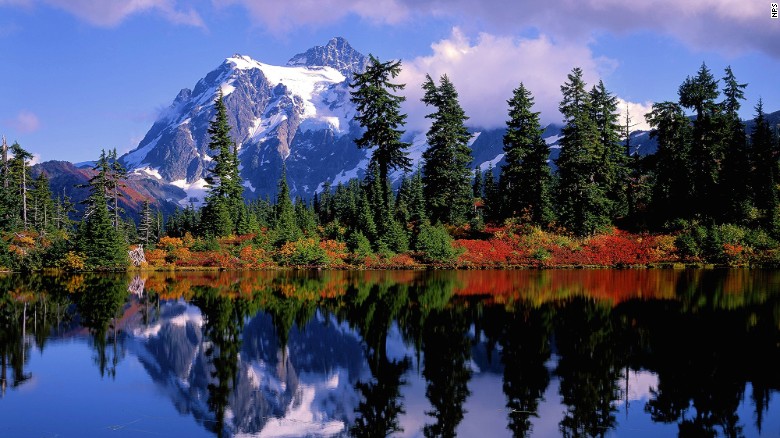 In spite of its beauty, North Cascades National Park attracted just 24,000 visitors in 2014.

The year 2016 will toast the 100th anniversary of the National Parks Service, of which 409 parks exist today.

But while Yosemite and Yellowstone pull in millions of visitors annually, others remain largely unexplored.

Among these is North Cascades National Park in Washington State. Accessible yet untouched, it attracted just 24,000 visitors in 2014.

The park forms part of the North Cascades Range of mountains, glaciers and streams, which harbor black bears, cougars and mountain lions.

“We are excited to use the centennial to invite every American to get to know their national parks and to understand how our 100 years of experience in natural, cultural and historic conservation translate into amazing travel experiences, both far afield and close to home,” says Jonathan B. Jarvis, National Park Service director.

About 1.5 times the size of the UK, Patagonia is all things to all people, whether they want to stick to popular routes or immerse in wilderness.

The Chilean side is a maze of inlets, islets and winding waterways, while Argentinian Patagonia dominates vast empty lands and estancias.

The new Patagonia Park has transformed a once overgrazed cattle ranch in Chile’s Aysen region into a land of glaciated peaks with rebounding wildlife. It hopes to gain National Park status in 2016.

Meanwhile, new boats and road routes are being introduced to the corridor.

When to go: November to March. 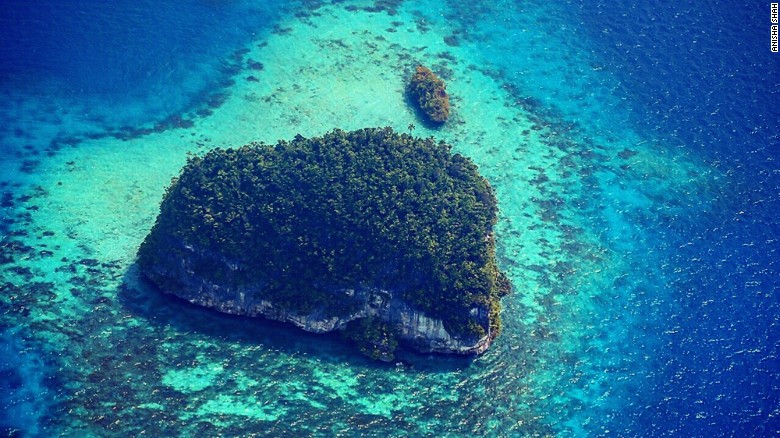 Palau archipelago is a natural beauty of emerald outcrops and light lagoons.

Called the “Serengeti of the Sea,” it’s one of the world’s premier dive spots.

A nation the size of New York City, Palau recently “protected” 80% of its ocean by creating a marine reserve larger than California.

An ecotourism leader, the country has one of the world’s highest marine biodiversity populations, with 1,300 fish and 700 coral species.

Visitors can swim and snorkel amidst hundreds of thousands of venom-free jellyfish, then take to the skies on an open-door light aircraft for views of the 445 Koror Rock Islands, a UNESCO World Heritage site.

When to go: October to May.

In the southern Atlantic Ocean, 1,300 miles east of the Argentina resort town of Ushuaia, South Georgia Island is so rich in wildlife it’s a stopover on many Antarctica expeditions.

Colonies of thousands of noisy king penguins sprawl across the tundra of this British Overseas Territory. Three million fur seals bark as Arctic reindeer gather, grazing for hours in a sea of horns.

With the first Boeing 757 passenger plane having just landed on a blue ice “runway” in November, interest in the region is set to surge.

“South Georgia and Antarctica are beyond comprehension and sure to amaze any traveler seeking a true adventure to the world’s most remote wilderness,” says Mead of G Adventures.

When to go: October to March.

Despite making headlines for its shocking murder rates, Honduras, in the heart of Central America, has long been a safely enjoyed travel destination.

Its primary allures are the fine white-sand beaches of the Bay Islands, Mayan ruins and colorful colonial cities.

The Western Caribbean Bay Islands Roatan, Utila and Guanaja get the press for waters graced by whale sharks, rays and turtles.

Guided by locals, capital Tegucigalpa is a fascinating city with buzzing arts, music and culture. Next year will see Honduras rise as an adventure and activity destination combining wildlife and beach.

“Honduras has everything,” says Thornton of Intrepid Travels.

“It’s certainly emerging as one of the hottest destinations in Central America.”

When to go: October to June 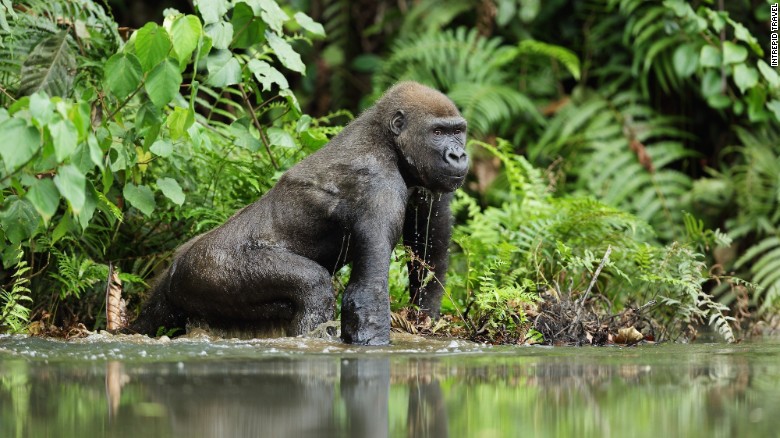 A forward-thinking beacon of ecotourism, this tiny West African country, which straddles the Equator, largely flies under the tourism radar.

That’s both good and bad given its location between Cameroon and the Democratic Republic of the Congo.

The former French colony has escaped the strife afflicting some of West Africa and is betting its future on green travel.

The government has protected swathes of marine reserve off the coast, while national parks make up 10% of Gabon’s land mass.

Gabon will host the 2017 African Nations Cup, which will increase traveler interest and improve infrastructure.

This little-known beauty is filled with remote beaches, dense jungle, gushing rivers and wildlife such as undisturbed western gorillas and forest elephants.

Central Romania is engulfed in the soaring Carpathian mountain range, filled with green groves and ski and hiking trails for adventure-heads.

What isn’t well known is that Romania catches the Danube Delta at its southern tip, where wetlands prove fertile ground.

But of course the nation is best known for bloodsucking myths of Dracula, werewolves and ghosts.

The most famous, Bran Castle, is linked to Bram Stoker’s fictitious count.

When to go: April-May and August-October.

The 3 Basic Requirements to Vote in the US

Five Easy Ways to Save Money Each Month

5 Ways You Can Make a Difference During the Coronavirus Pandemic

Become A Cooking Pro With These Tips